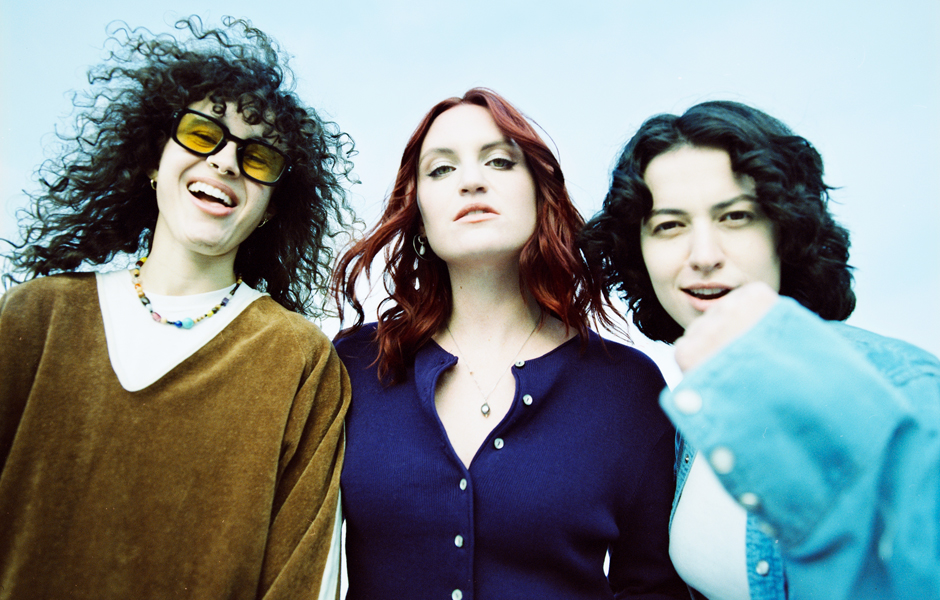 We've placed Los Angeles indie-pop trio MUNA under the See Tickets spotlight this month to showcase exactly who they are and why you should catch them live across the UK later this year!

Recently signing to Saddest Factory Records (Claud, Charlie Hickey, Sloppy Jane) to drop their third LP, MUNA have been supporting label owner Phoebe Bridgers on tour across the US and drumming up a passionate fanbase. Combine this with a stunning performance of anthemic single 'Silk Chiffon' on the likes of The Late Late Show With James Corden and it is clear to see exactly why they're fast rising favourites.

With 2.5 million Spotify listeners per month it'd be easy to suggest they have become somewhat of a sensation overnight; however - as anyone already familiar with MUNA will tell you - this is not the case! They have been honing their craft for almost a decade since studying together at The University of Southern Carolina where Katie Gavin (lead singer/songwriter) and Josette Maskin (guitarist) majored in music, while Naomi McPherson (producer/guitarist) double majored in Narrative Studies and American Studies & Ethnicity.

Since their early collaborations back in 2013, they have gone on to become one of the most innovative and exciting acts in the USA and beyond via major label releases 'About U' (2017) and 'Saves The World' (2019). Phoebe Bridgers then "signed them to her Saddest Factory imprint" and "they’re making not only the most interesting music of their career, but also the most unabashedly pop".

Before the album was even released, MUNA announced a headline performance at London's The Garage which impressively sold out within minutes of going on sale. This prompted a wider UK tour to be announced in larger venues across November 2022 in support of their brand-new, self-titled album. Featuring glorious pop hits such as 'Anything But Me' and 'Home By Now', the eponymous album has initially been deemed a roaring success and the tour will undoubtedly cement their place as one of the most important indie-pop acts of recent years!

Described as "the happiest MUNA have sounded" by DIY and "all killer no filler" by The Line Of Best Fit, we can't wait to hear the album live later this year!