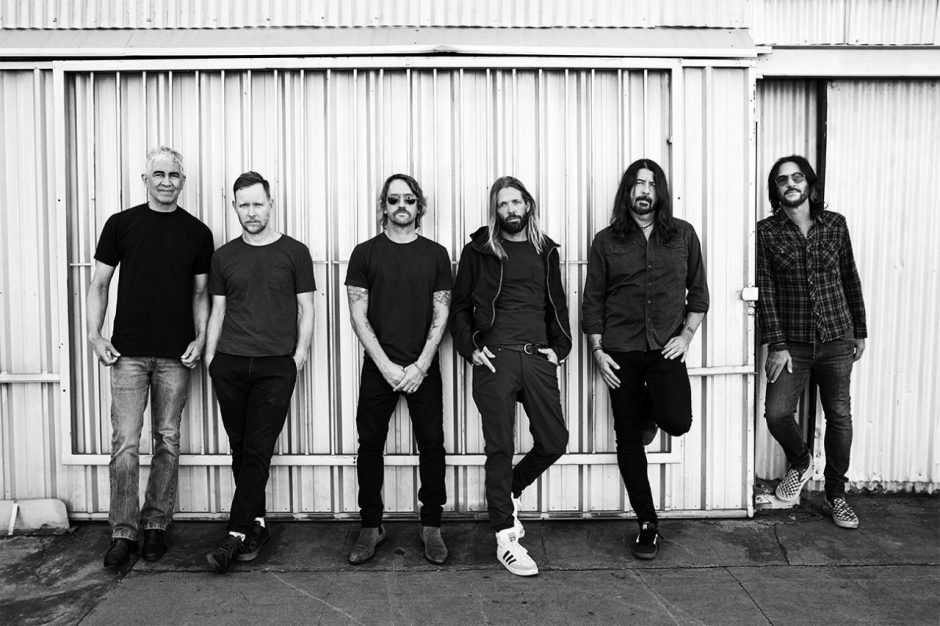 Foo Fighters have a deep history and discography, with their debut album being released over 25 years ago in 1995. They’ve had multiple studio albums go platinum and gold, they have won Grammys, NME Awards, VMAs and more. They’ve come to be one of the most important bands on the rock scene and have built up a devoted fan base with songs and albums that have created memories and safe spaces for people all over the world.

Whether you’ve only just discovered the band or think that they are only known for their singles, we’re here to change your mind by delving into their catalogue. Get your Spotify ready, you’re going to want to favourite these 'Deep Cuts'.

Track 10 on the self-titled debut album, ‘ X-Static’ is exactly the kind of song that would play in Buffy Summers’s local hang-out ‘The Bronze’ (if you know, you know). It has a surprisingly comforting dark vibe with an intense bass riff, a repetitive layered guitar line and Grohl’s unique work behind the drumkit.

Grohl wrote and recorded this entire album himself, with the exception of this song which featured musician Greg Dulli from The Afghan Whigs on guitar.

This is the third track from the Foo Fighters' second album, 'The Colour and the Shape' (1997). The title of the song doesn't really relate to the song at all. It's said that Dave Grohl called it that because his best friend as a kid was called Johnny Park who he'd not heard from since he was about 14 years old. So, he named the song after him thinking maybe Johnny Park would call. Whether it worked, and Johnny called, we're not entirely sure. However, it's a fun fact alongside an incredible song. It perfectly utilises that well-known quiet-loud-quiet progression.

Fast forward 2 years and it brings us to their 1999 album, 'There Is Nothing Left To Lose'. This song is a perfect exploration of the need to go 'missing in action' once in a while. Free of distractions and just escaping reality. It almost leaves you feeling content and somehow comforted by the fact it's ok to go MIA. Contrary to popular belief, we don't need to be reachable 24/7!

5th on their fourth album 'One By One', ‘Disenchanted Lullaby’ follows the theme of loneliness and relationships. With a hypnotic psychedelic atmosphere, this shows the variety of Foo Fighters. However, like many of the tracks from this album, it was close to never being released. After spending an extortionate amount of money on recording sessions and demos that were eventually thrown away (referred to as the ‘million-dollar demos’), due to rising tensions between the members, the band nearly reached breaking point. After the fallout of a near break-up, ‘Disenchanted Lullaby’ was the result of a long hiatus and reflection on Grohl’s part at the thought of nearly losing everything that he and the band had collectively worked so hard to create.

While we've already picked one from 'One By One' we couldn't overlook the beautifully covered 'Life Of Illusion' originally by Joe Walsh in the 80s, this rendition is sung by late drummer Taylor Hawkins and everyone needs to hear it.

The Deepest Blues Are Black

From the 2005 double-album 'In Your Honor' ‘The Deepest Blues Are Black’ is a song of bitter rejection. A little obvious fact on colour, if you make a shade darker, it will eventually turn to a neutral black. Similarly, when you're feeling blue and can't get out of the funk it's said that everything seems to feel darker - the colour black represents death and sorrow, and often sickness too. It's a really powerful song and they partner that up with a mixture of multi-tonal noise rock with a softer acoustic side, featuring some amazing buildups.

Foo Fighters are set to play the sold-out Taylor Hawkins Tribute Concert this September in memory of their drummer and friend, where they will be joined by the likes of Liam Gallagher, Supergrass, Nile Rogers and many more.