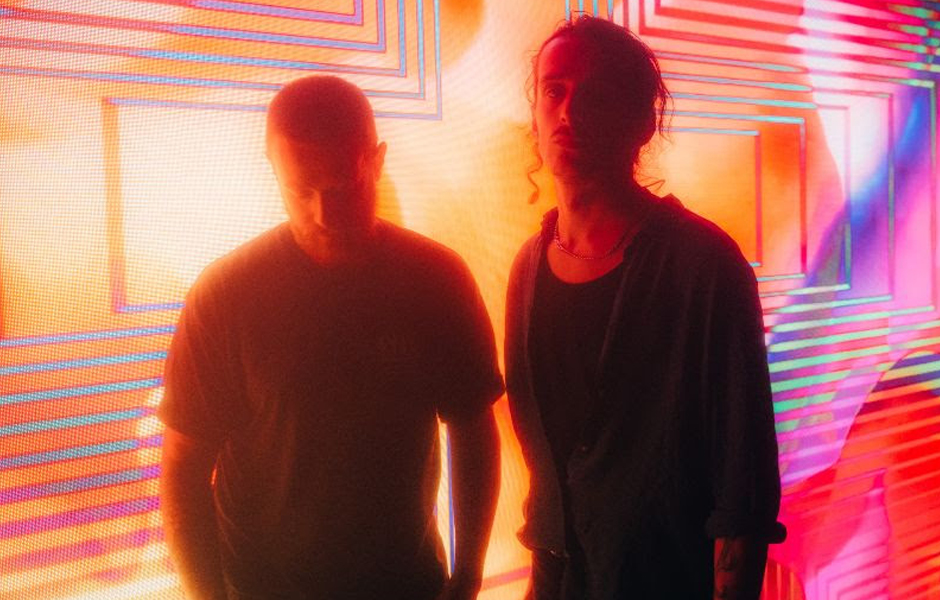 Over the past decade, Deaf Havana have risen through the ranks to become one of the best known names in the alt-rock scene. Recently topping a festival bill for the first time at 2000 Trees, the Norfolk formed outfit are carrying on the momentum this week as they release a brand new album and prepare for a headline tour later this year.

We caught up with singer, guitarist and song-writer Matthew Veck-Gilodi to discuss what to expect from the record, how they curate setlists six studio albums deep and more!

Firstly, your new album ‘The Present Is A Foreign Land’ is out this week! How does it feel to be back waiting for the world to hear what you’ve been working on?

It feels pretty crazy to be honest! We’ve had the record for quite a while now and the release date has seemed so far away for so long and now it’s here! We’re just incredibly excited for people to hear it.

Were there any striking differences between this album and previous efforts?

Mainly we put no pressure on ourselves. Previously there’s been a deadline or someone telling you you need more singles or something. We would second guess ourselves about what we should sound like, but this time we just made music for ourselves and we were really confident in the songs. As a result it was a lot of fun to just make music, it felt really fresh.

Kerrang reviewed it with the angle “ Deaf Havana are sounding like themselves again” – would you say that’s a fair way of looking at ‘The Present Is A Foreign Land’ compared to the last record?

I think that’s a pretty great description to be honest. I think we’d really tried to sound a certain way on our last record 'Rituals' which was obviously a great learning curve from a songwriting perspective but as a result it didn’t really feel that authentic to us and I definitely found myself getting a bit jaded with the material as time went on. Whereas this time round we didn’t try to sound any certain way - we didn’t really even listen to music! We just tried to make the songs that we wanted to hear and I’m really proud of that.

You’ve got some pretty sweet shows at the likes of Rock City and Roundhouse coming up later this year – what can we expect from those?

I think you can expect a good mixture of moods - I feel like we have enough songs now to really try and curate a setlist that can hopefully take our audiences on a bit of a journey. But yeah, it’ll probably be quite emotional and a lot of fun! We can’t wait to get back out to these amazing venues across the UK.

2022 has already been pretty full on for you with festival season and performing with Don Broco at the Royal Albert Hall – do you feel invigorated to be back on the road and performing on stages across the country or did it feel like a bit of a shock after some time away?

It’s been a bit of both really. The wave of emotion I felt at our first show back in over two years was incredible and a little bit overwhelming - even just the feeling of playing music in a room with people again after everything felt incredible. It has taken a little bit of time getting used to being on stage again but I think that’s to be expected - it’s a bit like a muscle that needs to be exercised and we were definitely out of practise!

Will the setlist be tailored around the new record, and similarly – does it become increasingly difficult to curate something that will please everyone including yourselves with every new release?

It does definitely get a bit more difficult - there are always going to be people who want to hear mainly older stuff, everyone has their favourites. But it is quite exciting to try and come up with something that feels new, gets enough new music in, has some lower moments and just hopefully tells a different story with our music. It’s always difficult working out how many songs to play from a brand new record because we always want to play things that feel exciting and sometimes after playing the same songs for years it can start to feel tired. Now we’ve built up such a bank of songs it’s been really fun digging through some older songs that we may not have played much before that now jump out as songs that could fit into our live set. I’m really excited to come up with something special!

What else can we expect from Deaf Havana across the rest of 2022 and beyond?

Hopefully just more shows in more places. We’ve spent a long time away and we just want to get out there, play and have a great time. Hopefully even newer music won’t be too far off on the horizon.

Deaf Havana head out across the UK this November in support of 'The Present Is A Foreign Land' - tickets are on sale now.