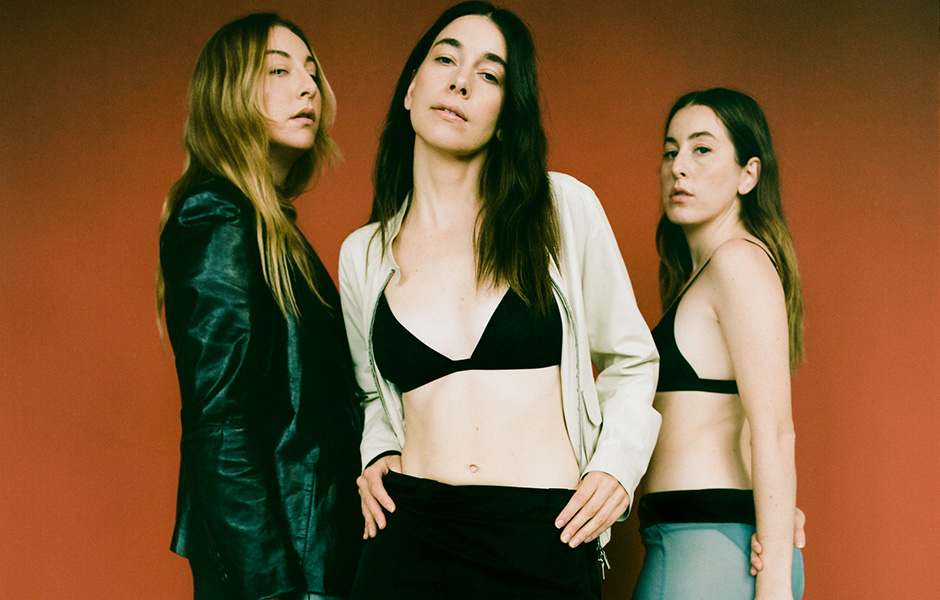 American pop-rock band, HAIM, (rhymes with time), have been on the music scene since 2007, making a name for themselves as a cool female trio. They exude energy in their live performances and have a unique sound and vibe. They've played multiple festivals, including Coachella, and most recently performed on Glastonbury's Pyramid Stage back in June - at this point, they're Glasto regulars. While they continue to breathe life into the world of pop-rock and take the music world by storm, we thought we'd take a trip into their back catalogue and discover some of their Deep Cuts. Join us, won't you?

Running If You Call My Name

First up we have track 11 on their debut album ‘Day’s Are Gone’ (2013), one of their lesser-known songs from the debut album but one that has real importance to Alana Haim.  Her best friend sadly died before their first tour, and although it was written long before that incident, the lyrics mirror her movements when she got the call – Alana has previously recalled: "We were in the desert in Joshua Tree and the first thing I did was to run away I remember everyone calling – 'Alana! Stop STOP! Where are you going - ' The more people called, the further I'd run." For an already poignant song, this gives it even more depth and shows a prime example of a very powerful song.

Found It In Silence

Coming in at number eight on 2017's 'Something To Tell You', this track is SUCH a good break-up song. It’s empowering and all about moving on. It’s reminiscent of that moment you finally have your eyes opened and you’re no longer blinded by love or ‘whatever’, it outlines that you can heal yourself, and you don’t need anybody to do that for you. Reaching those conclusions is a very empowering moment in a person’s life, and the fact they’ve managed to bottle that feeling up and release it as a song is somewhat brilliant.

Man From The Magazine

Aptly on the album ‘Women In Music Pt III’, this is a ballad about music industry misogyny. The first verse recounts a specific situation with Este Haim and a male journalist, who thought it was ok to ask her whether she "makes the same faces in bed" as she does on stage when playing bass - the likelihood is no male bassist has been asked that same question. Many musicians make faces on stage, and the term 'bass face' specifically comes from bassists reacting to the music... As we go into the second verse, it details the preconceptions women are met with when going into guitar or music shops - that they’re looking to start playing, as though it’s impossible they already do. It’s an important song paired with a video that gives a compelling analogy for how belittling the experiences in question felt for the members of HAIM, and it provides a glimpse at what most women in the industry / everywhere experience every day. Fighting to be seen as equals despite stereotypical roles achieved by sexism.

This take on ‘3AM’ is in collaboration with jazz fusion pioneer Thundercat who brings smooth vocals to the R&B-esque tune. Featured on the expanded edition of Women In Music Pt III, it feels like California sunshine has been weaved throughout this song, making it the perfect soundtrack for those lazy sunny days.

This is a very slow, isolating song that finishes off the 2017 album ‘Something To Tell You’. It gives you the visual of being alone in a room and feeling your feels. HAIM spent about two years on the road supporting their 2013 debut album 'Days Are Gone', which got them in a cycle of soundchecks, shows, sleep and travel. Danielle Haim wrote ‘Night So Long’ about the empty feeling that comes with this lifestyle, one that can be hard to deal with as it's a by-product of their dream.

HAIM are on the road this week, stopping off in Nottingham, Cardiff and London over the next few days – grab yourself a last-minute ticket now!