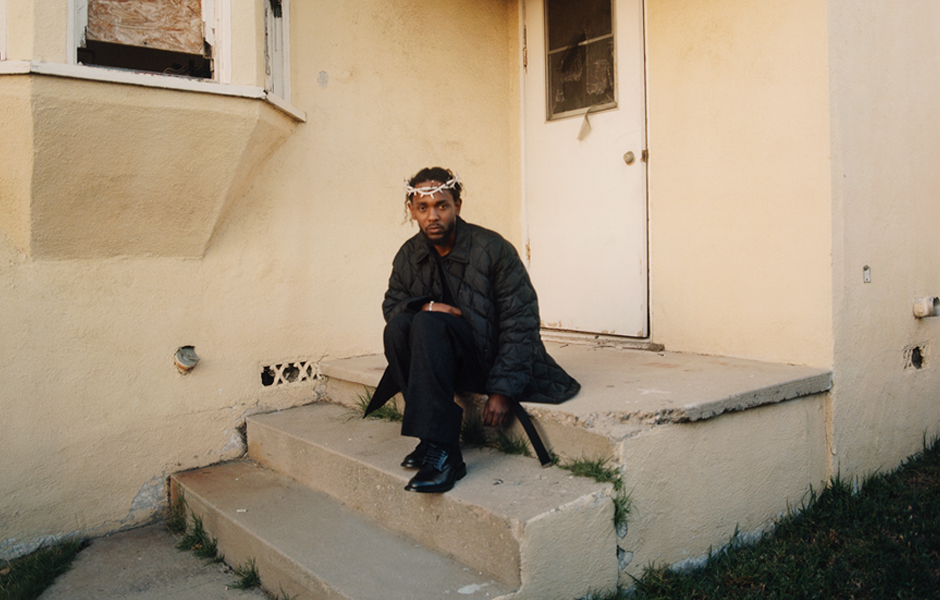 Five years on from his Pulitzer Prize winning album ‘DAMN’, Kendrick Lamar made his highly anticipated return this year. He released his fifth studio album ‘Mr Morale & the Big Steppers’ in May to critical acclaim, followed up by the announcement of a huge UK tour, and then of course performing an iconic headline Glastonbury set. So, this month we're taking a dive into his prolific musical career for our latest instalment of ‘Artist of the Month’.

Kendrick Lamar is an enigmatic artist who channels his imagination through profound and clever lyricism, delivered with his unmistakable cadence and flow. The Compton born artist is arguably one of the greatest rappers of all time, and indisputably the most acclaimed rap artist of his generation.

His career started out with the release of a string of mix tapes, and on his fourth ‘Overly Dedicated’ (2010) people were really starting to take notice. While the mixtape is not as tightly crafted as his most recent releases, it is a perfect introduction to Kendrick’s style and captured the attention of many, including the iconic Dr. Dre.

A full length independently released LP quickly followed; ‘Section 8.0’ was released the following summer in 2011 and featured tracks like ‘Hol’ Up’ and ‘Keisha’s Song’. Within the album he uses conceptual lyricism to follow the lives of ‘Tammy’ and ‘Keisha’, characters he embodies to represent his generation and their struggles as he told Billboard. This concept writing is what sets Kendrick apart; his ability to tell stories through his rap in a poetic manner is unparalleled. Pair that with melodic hooks and multi-dimensional production, it's not hard to see how this set him on the path for mainstream rap success.

Now dubbed ‘The New King of the West Coast’ by The Game, 2012 saw Kendrick release his major-label debut album, the seminal ‘good kid, m.A.A.d city’. The album delves into who Kendrick Lamar is, about his life in Compton and how he survived coming out of that environment with a positive mindset. In the past decade the album is still just as impressive and prevalent as it was on first release, featuring some of his signature tracks ‘Poetic Justice’, ‘Swimming Pool (Drank)’, ‘Backseat Freestyle’ and ‘Bitch Don’t Kill My Vibe’. The album has been ranked 115th on Rolling Stone’s ‘500 Greatest Albums of All Time’.

To Pimp A Butterfly

His follow up album ‘To Pimp A Butterfly’ (2015) cemented his place in rap and hip hop history as one of the greats. ‘To Pimp A Butterfly’ is a powerful album celebrating and empowering his community, leaving listeners with plenty to chew on. With iconic tracks like ‘King Kunta’ and ‘Alright’, Kendrick's message is clear and his execution is on point.

Then came ‘DAMN’ where he is battling internal and external battles under the moniker Kung-Fu Kenny, which became the first non-jazz or classical album to win a Pulitzer Prize for Music and became triple platinum within 3 months of its release. A ground-breaking success proving that hip-hop and rap are a highly reputable art form to those who had doubts.

2022’s return with 'Mr Morale & the Big Steppers' sees a new side to Kendrick, where "in laying his soul bare, he hopes we realise how we can set ourselves free from generational curses" (NME). He's a father now, and you can hear the development this brings in his music as he takes a deep dive into his own upbringing and personal issues. If you haven’t already, you need to listen to this album front to back in one sitting.

Catch him on tour!

If you missed him at Glastonbury, you can grab tickets to catch him on his UK tour this autumn! Don’t miss out, grab yours now.