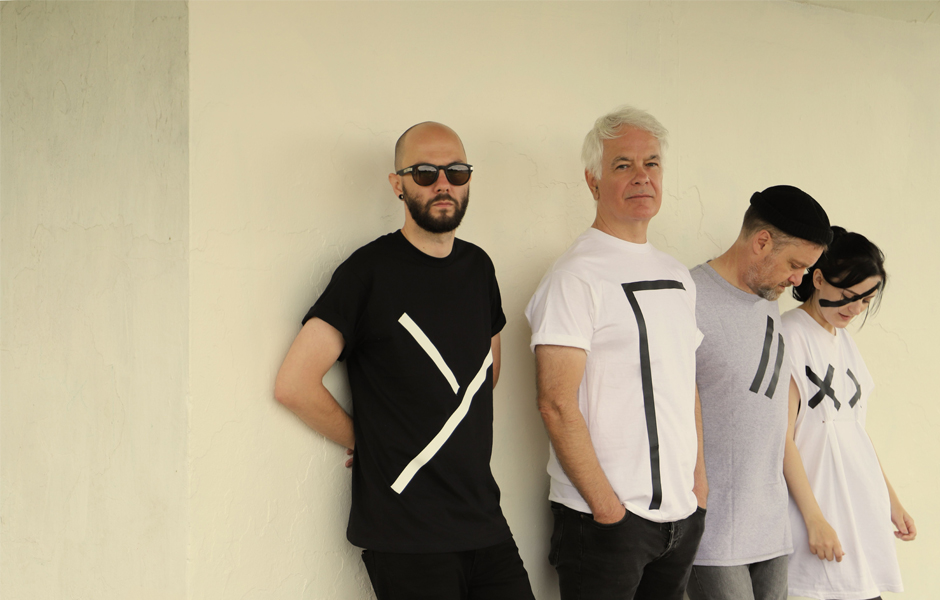 The Wedding Present have been one of the UK's most loved bands since forming back in 1985. Via records such as 'George Best', 'Seamonsters' and 'Take Fountain' they grew into an intriguing outfit drawing on influences from The Fall and The Buzzcocks and adding their unique stamp to remain as relevant now as almost 40 years ago.

With a tour on the horizon and several brand new projects being worked through, we caught up with David Gedge to talk about what to expect from the shows and what else is happening in The Wedding Present's camp right now.

First of all, you’re heading across the UK for a run of shows this month – how does it feel to be gearing up for life on the road again?

I’ve got to say that it actually feels really good to be back! To be honest, being forced to take a break from touring wasn’t the end of the world, because it meant that I finally had time to finish some other projects that had been on the back boiler for a while. So, for instance, we released a compilation of Bond themes for a benefit album, and completed the first volume of my autobiography, ‘Tales From The Wedding Present’, amongst other things. But it didn’t take too long before I started to miss being on the road. There’s nothing quite like the feeling of walking onto a stage to play your songs to people!

The venues aren’t your typical ‘go to’ hotspots – what was the reasoning behind playing in the likes of Castleton and Lytham?

In The Wedding Present we’ve always had a history of playing in places that aren’t on the ‘usual’ touring circuit… and I’m, bizarrely, quite proud of that! I think bands get lazy and end up playing all the routine places. But it’s great to just sometimes take a chance and play somewhere where you wouldn’t be expected to play! Occasionally it can be a challenge… but people are always incredibly appreciative.

What can fans expect from these shows? Both in terms of setlist and atmosphere?

Well, we’re still celebrating the 30th anniversary of our third album, ‘Seamonsters’, so half the set is taken up with the playing of that… and then the second half is other songs from our catalogue… old and new. ‘Seamonsters’ itself is probably our most intense album, so it kind of creates its own unique atmosphere!

How has your approach to performing changed over the years?

I don’t think it’s changed too much over the years. Obviously, technology has made its mark, with stuff like in-ear monitoring and everyone filming the show on their phones, nowadays, for some bizarre reason but, ultimately, it’s still a form of communication with you as a performer interacting with people in an audience. No amount of technological advancement will change that…

You’re currently working through the ‘24 Songs’ project – for anyone not familiar could you tell us a bit about what it is and why you’re doing it?

We’re releasing twelve singles throughout 2022… one a month, all on high quality 7” vinyl with beautiful matching sleeves. Some people will remember that we also did the same thing thirty years ago, when we were doing the ‘Hit Parade’ project! So, I suppose, we’re kind of revisiting the concept as way of commemorating its 30th anniversary. But it’s also just a special and exciting way to release music, to be honest. It’s like making a monthly magazine or something…

Has the reaction to the ’24 Songs’ project been what you’d hoped – we see a lot of fan engagement within The Wedding Present community which must be reassuring to be a part of?

The reaction has been great, yes. You inevitably worry, as I did in 1992, that the project will somehow become more important than the music, but the response to the tracks we’ve released so far has been very pleasing to see. I genuinely feel like the writing we’ve been doing during the ’24 Songs’ series has been some of the best the band has ever done so it’s gratifying if fans agree with you.

What else can we expect from The Wedding Present across 2022 and beyond?

Well, I’m always busy, ha, ha. I’m never short of projects. My annual festival, ‘At The Edge Of The Sea’ returns in August, so that’s one of the current focuses, but, in November, we’re releasing the second volume of the autobiography and accompanying it with a semi-acoustic tour in seated, intimate venues. There’ll be an interview section and an audience Q&A… so that’ll be a bit different, and a lot of fun, I think.

Final tickets for The Wedding Present's shows later this month are on sale now.