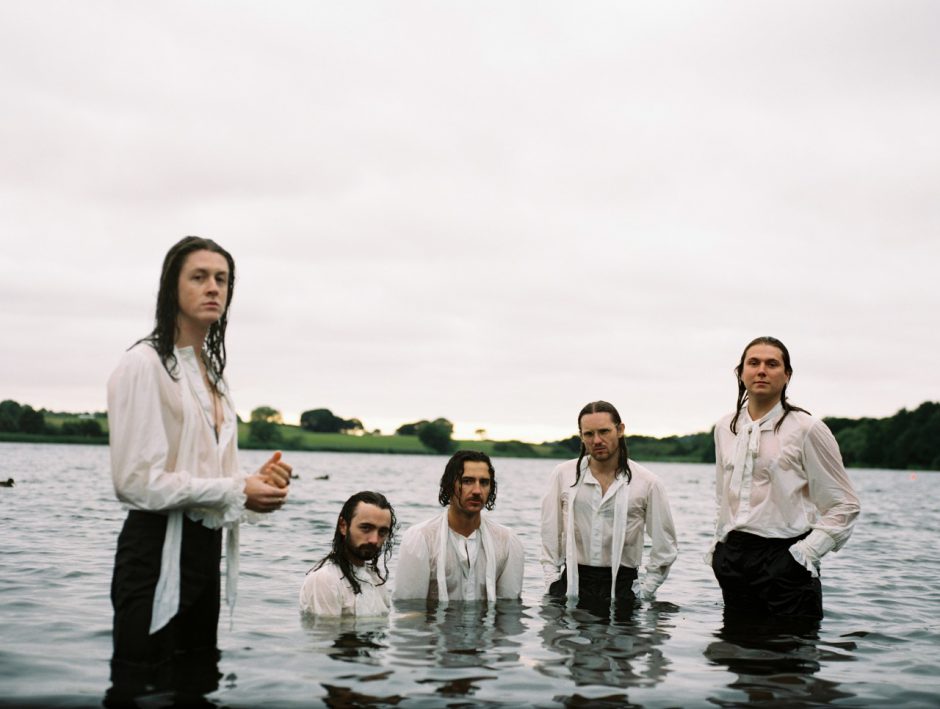 The five lads from Stockport (who were all born in the same hospital), have come a long way since their days of rehearsing in a scaffolding yard. Back in 2016, they finished 4th place on BBC’s Sound Of new music list. Their self-titled debut album was one of the twelve albums nominated for the Mercury Music Prize in 2017, the same year they were nominated for British Breakthrough Act at the Brit Awards.

They’re now four albums in, and their growth has been impressive. Once a working-class homebody band from Stockport who named themselves after their local pub, they’re now weaving worldlier experiences and influences into their music. The title of their most recent release 'Ribbon Around the Bomb' was inspired by something singer Tom Ogden heard when visiting Frida Kahlo’s house in Mexico. The recent single 'Ode to NYC' namedrops an array of hot spots in New York, and Edith Machinist is named after a NYC shop.

Having recently announced that they'll be heading back on tour this November / December, we’ve had Blossoms on repeat and we thought it was only fitting to delve into their back catalogue and undertake a Deep Cuts.

First, we have the last song on their debut album 'Blossoms (2016)'. 'Deep Grass' is massively underrated, it's an exciting track with lots going on. It features continuing melodies, blipping keys, heavy synthesised hooks and distorted guitar riffs. It's the longest song on the album, but there’s enough going on to keep you interested for the full duration of the track.

‘Misery’ can be found at number ten on 'Blossoms (Extended Tracks)'. It’s a clear indication that the boys have the ability to seamlessly switch from heavily synthesised tracks to calm relaxing songs like this one, driven by piano and orchestral strings. The arrangement of this song is somewhat stunning, Ogden’s voice follows the music effortlessly and it definitely deserves a listen!

Track eight on 'Foolish Loving Spaces (Deluxe Edition)' is a very floaty number, almost giving us the same vibe as The Beautiful South’s 'Rotterdam (Or Anywhere)'.

Tom Ogden wanted to write a song about having been on tour—having had all these highs, playing to all these people. Getting such a rush, and then coming home, where things have changed a bit and people are getting married. “You’re just looking out your window, speaking to your mum on the phone, you talk about the weather, watching everyday life. The lyrics are very to-the-point.”

Going straight in with the exciting heart and stomp on 2018s 'Cool Like You (Deluxe)', 'Lying Again' is upbeat and fast-paced, it's basically the music embodiment of a car chase. Featuring a pounding drum beat and short yet sharp bursts of guitar riffs, it’s completely driven by tempo and ought to be played far and wide.

Found on the extended edition of 2020s 'Foolish Loving Spaces', Track fourteen experiments with electronic elements, while retaining their signature use of synth sounds. Thriving with neat basslines and trembling keys make for a song perfectly fitting with the album’s desire to be more dynamic and different.

Found on their latest release, 'Ribbon Around The Bomb', Tom noted the name of this song down four or five years prior when he was on a trip to New York with his wife Katie. They used to go to a shop on the Lower East Side called Edith Machinist. Tom thought it was a great name but never managed to get it into a song. It was only when this track got to the point in the chorus where they needed a female name for what they wanted to say and Edith fit the bill in this Western/Coral-esque track.

The boys haven't played a tour with this many dates for quite some time and there are a few gems in there they've never performed in, making it even more exciting! Grab tickets to see Blossoms now.