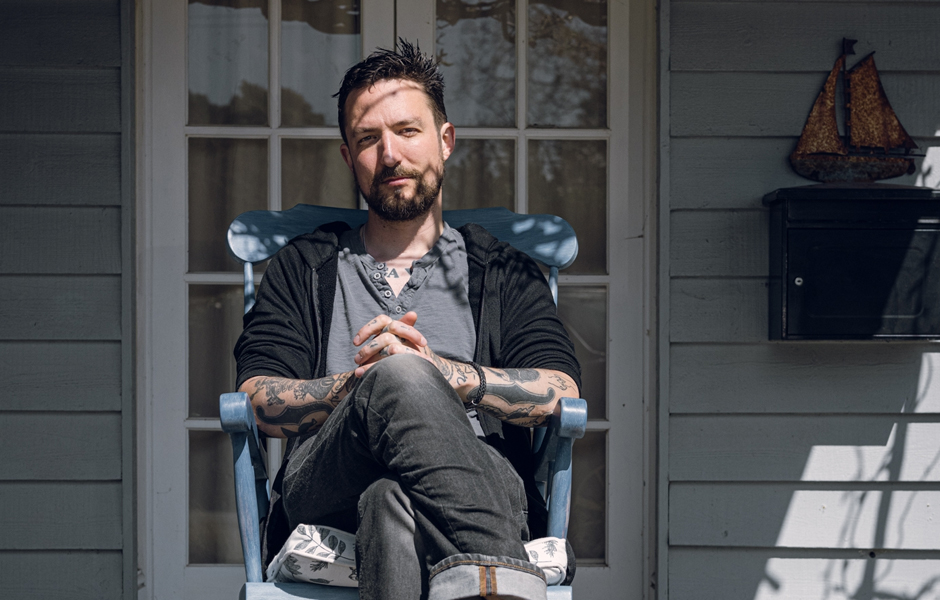 Frank Turner is one of the most respected names on the live circuit and for good reason. He has performed thousands of times - whether it be as a solo musician or alongside long-standing bandmates The Sleeping Souls - to audiences around the globe and remained as passionate about his craft throughout.

After a break to his usual relentless schedule, he is gearing up for another long stint on the road from next month, so we caught up to discuss what fans can expect and what's happening in camp-Frank-Turner right now!

Firstly, you’re heading out across the UK from next month – how does it feel to have a long-run of dates to look forward to again?

It's a relief more than anything! The last couple of years have been brutal for anyone in my industry and I've had to cancel two UK tours in that time myself. It's been hard for most people but, well, it has sucked over here too. It feels like touring is reliably back on the books now (though the industry will still take a few years to recover fully). So I'm very excited to be hitting my home turf properly again.

It is aptly titled ‘The Never Ending Tour of Everywhere’ – after the past couple of years what does it mean to a well-travelled musician like yourself to be able to once again plays shows all around the world?

The fact that I travel and play music for a living has always been a privilege and I've done my best over the years not to take it for granted, but of course if you do something for long enough it becomes normalised. The enforced pause of the pandemic was rough financially and so on, but it was also difficult to navigate from a personal, identity point of view. I've been touring since I was 16, 2020 was the longest I've stayed still since I was seven years old. To be back on the road again is so fulfilling, it's difficult to describe or exaggerate. I'll never take it lightly again.

Your latest record – ‘FTHC’ – reached number one in the UK charts! Congratulations! With it being your first to go to number one, does it feel like a weight has been lifted or are chart positions etc. just a bonus?

It felt pretty good to get the gong on my 9th effort. Growing up I didn't care about the charts at all, aggressively so, so instinctually I'm kind of suspicious. And of course I'm more interested in the record over a period of years rather than a week. But it felt cool to know it was something I could do, it felt like a bit of recognition well earned, and I'm proud of the record itself, so I'll take it.

Setlist wise, will you be focusing on the new tracks that people might not have heard yet or can we still expect to hear many of the classics?

I'm a shameless crowd pleaser. There will be new stuff of course, but I also want to play the big hitters, and some more obscure stuff, something from every record, try and keep everyone satisfied.

Given that ‘FTHC’ is your ninth studio LP, does it become increasingly difficult to build a set around keeping both yourself and the band – as well as the audience – happy?

I spend a crazy amount of my time working on setlists - song choice, the ebb and flow, the narrative arc, the whole shebang. In some ways it's nice to have this much material to choose from - quite regularly I surprise the audience, the band and even myself by dragging something old out into the light and giving it some new life. But then again you can never fully please everyone..!

What would you say has changed the most from a song writing and performing POV since you started out?

I like to think I'm better at both, after this much practice you'd hope that'd be the case..! But of course I see things from a different angle as I get older and get more miles under my belt. Some days it takes a little longer to find the start of a song, but once I do, it's a more steady process reaching the end. And performance-wise, it's physically harder to keep the energy levels up as time goes by, but then I like a challenge.

What else can we expect from you across 2022 and beyond?

I have a new side project called Eating Before Swimming. I have a lot more touring to do. And the beginnings of new songs are starting to stir.

Remaining tickets for Frank Turner's tour are on sale now.