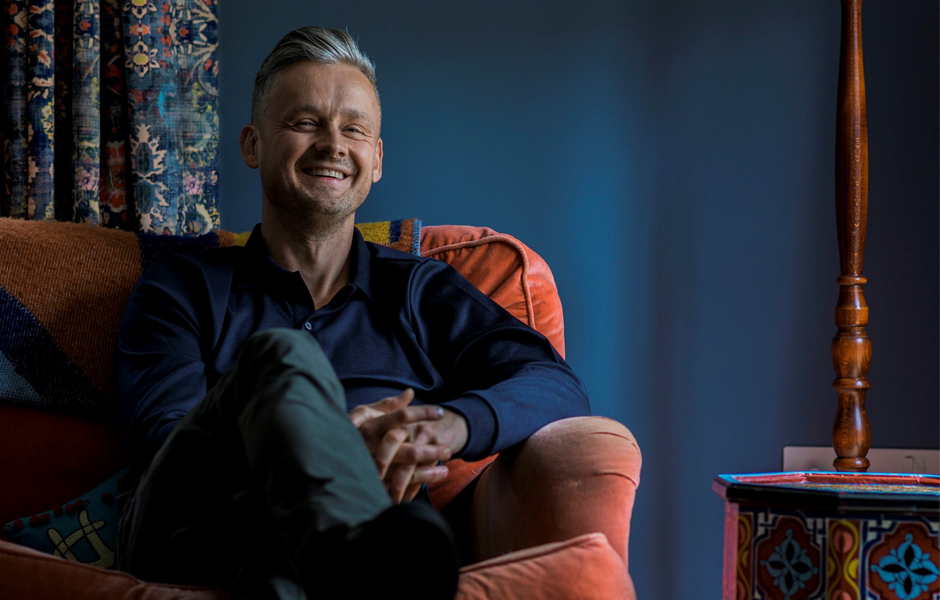 We caught up with the Keane frontman to discuss how he differentiates the projects, what to expect from the shows and the creation process of the record.

You’re preparing for a tour which takes you across the country for pretty muchh the whole of October, how does it feel to be getting ready for life on the road again?

Well, I had a taste of it over the summer, because we played some Keane shows that were pushed back from a while ago. It was lovely to get back out and do those shows - with the Keane catalogue it was a great big celebration of 20 years of music which was great fun. I think the thing I noticed was how everyone seemed to be in the mood to enjoy, savour and cherish having live music back. I have not taken the solo music out on the road for around four or five years now, so to resurrect all the old songs and to be bringing a load of new songs is also very exciting.

Do you find it easy to navigate between the mindset of ‘I am Tom the solo musician’ and ‘I am Tom, the Keane musician’ when both writing and performing?

To be honest, this is the first time it's been a juggling act! When I did the first solo album Keane was on a kind of hiatus really, so there wasn't really any Keane stuff to be working on at that point – but since then we’ve [Keane] come back to do our latest record. Generally, I like to try and keep the two things separate because I think you need to be in a slightly different headspace.

Now I've got two kids to look after and just managing home life, let alone working with a band as well means I have to make space for stuff. Normally it would just be completely focusing on one thing, but yet this summer has been a bit of a juggling act.

‘Midpoint’ is out now! As you approached release day did you start to overthink it, or was it more of a frustrating period where you just wanted it to be released?

I finished the record in December of last year, so was sat on it for a long time. It is quite a dangerous thing to wait for too long because you might start to think ‘could I have done this differently’ or ‘should I change this part of the record’, and easily forget the reason you did something in a certain way.

I made ‘Midpoint’ with Ethan Johns - he works in a unique fashion, which is to get all of the musicians in a room and do a bunch of takes and then cut the best tapes together. It is a very different way of making records and in some parts you have to commit to recordings that aren’t subjectively perfect. I’ve had so much positive feedback about the way songs from ‘Midpoint’ sound and the fact that they aren’t super glossy or polished in the way a lot of music is made these days – I sense that people are crying out for something a bit more honest and I tried to make a record that is just that.

Would you say that the creation process of writing a solo record is quite cathartic with less commercial pressure that say a Keane record, or is there more pressure because it is a wholly personal experience and you want it to be a success?

That's an interesting question! I oscillate between both states of mind because on one hand it is your creation and you commit to things and make decisions because you feel they're the right thing. But at the same time you're also making it as a statement which inevitably results in people’s feedback, so you have to live with that as well. You can't please all of the people all the time and you can't make music that caters to everybody so there’s no point in trying to make it work for everyone.

In a similar way, do you find that when trying to curate a setlist it is a challenge to please yourself (e.g. showcasing the new solo album) and pleasing your crowd (e.g. pulling some Keane classics out)?

I suppose for the upcoming shows I’ll be working with a bigger catalogue of solo material and I want the main emphasis to be on playing those songs. I’ll try and create a setlist that works as a journey throughout solo stuff, but saying that I am not totally against the idea of playing some Keane songs. They’re part of me and the fabric of who I am as a musician – one idea I’ve had for the tour is to ask fans to vote on a B-side they want to hear live because that’s more interesting that just playing the hits. If there are Keane fans in the audience it’ll be nice to play some obscure stuff that they might not have heard live before.

What else can we expect from you across the rest of 2022 and beyond?

I think the record is just a bit of seeing how it goes if that makes sense? I’m eager to tour more and take it into America and especially South America as they’ve always been popular places for us when we did albums with Keane. The solo venture is a bit trickier because I can’t justify the trip financially until we see how the record does and how people react to it. I’m confident with it and excited for people to hear it – the experience of working as a solo musician again has taught me not to be too prescriptive about stuff and to go where the energy is. I don’t want to spend too much of my life living with goals or being pushed in certain directions; I’d rather just go where the wind blows.

Tickets for Tom Chaplin's headline tour throughout October are on sale now.