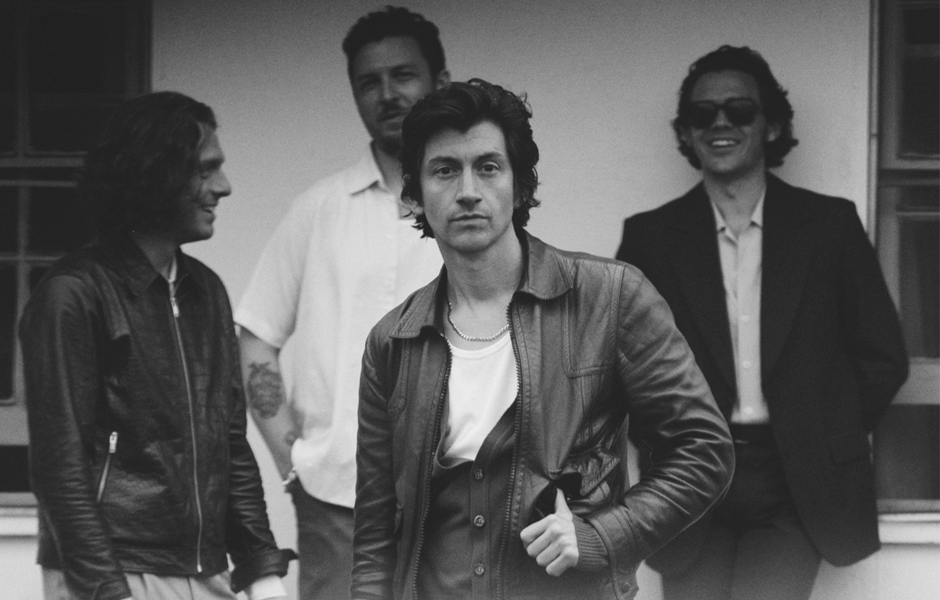 Arctic Monkeys are finally back. Releasing their new single ‘There’d Better Be A Mirrorball’ after a four-year hiatus. It came at the end of August, straight off the back of headlining Reading & Leeds festival where they debuted the new song.

Now, the boys from Sheffield have recently announced a tour across May and June next year, and we cannot wait to hear the old and new songs surge through the audience. They have been a constant fixture for almost a decade now, switching up appearances and sounds along the way but never letting go of that magnetic allure.

Amongst all the hits and classic albums, there’s a cluster of lesser-known songs in Arctic’s discography. Ahead of their 2023 tour, we take a look into their back catalogue...

Before ‘Whatever People Say I Am, That's What I'm Not’ Arctic Monkeys created a group of demos under the title 'Beneath The Boardwalk' to hand out at shows. A polished-up version of the collection’s track ‘Cigarette Smoke’ rebranded as 'Cigarette Smoker Fiona' which later appeared on the 2006 'Who The F**k Are Arctic Monkeys', most notably without the reference to "snorting some coke" off a stripper's thighs. It tells the story of a seedy night out, partnered up with a weighty riff and repetitive bassline, this song instantly grabs your attention.

Leave Before The Lights Come On

Released in 2006, this single simply narrates a one-night stand and the ‘price you pay’ for it, following the feelings of the morning after. The instrumental matches the mood to a T and the lyrics are a prime example of early Arctics’ lyrics being so raw and real. They’re able to present a lot of precise emotion through moral discourse. Covers of 'Baby I'm Yours' and 'Put Your Dukes Up John' sit alongside this single on 'Leave Before The Lights Come On'.

This track is the epitome of effortlessly cool, it sits as one of the B-sides to 2011s' ‘Don’t Sit Down ‘Cause I’ve Moved Your Chair'. Giving us Queens of the Stone Age vibes, and displays the witty lyricist in Alex Turner with lines like “She floats like a niccy-rush, but she stings like a B-flat” nodding to Muhammad Ali's famous quote, you know the one.

With loud riffs and powerful vocals, this B-side to the 2011 ‘Suck It and See’ is another one of Arctics’ heavier songs. It could arguably be pinpointed as the perfect transition between the band’s fourth and fifth studio albums. It was released with a music video and tells the tale of a man scoring a date with a woman way out of his league, and how the date quickly goes askew. There’s a real atmosphere to this track, carried by the strength of O’Malley’s bassline. ‘Evil Twin’ set a precedent for the likes of ‘R U Mine?’ and ‘Arabella’.

Stop The World I Wanna Get Off With You

Serving as the B-side to the 2013 single ‘Why’d You Only Call Me When You’re High’, this track features intricate guitar riffs, impeccable harmonies, and a heavy bassline with similarity to ‘Do I Wanna Know'. The song is a tale of two people, one of which is suggesting they drop everything else in their lives to be alone together. Stop the World is full of stomp and swagger and possibly one the most underrated.

Arctics’ kept on their AM journey when they released this 2013 B-side to ‘One For The Road’. ‘You’re So Dark’ is seething with intensity and allure. It finds Alex Turner pining for a woman that he knows is actually no good for him, but he can't help but want her anyway. The bass is inviting while the organ acts as the all-consuming chime to the narration. It’s an obsessional masterpiece with flawlessly good backing vocals and an enticing melody, you could even argue it’s better than its A-side…

It’s no secret that a lot of fans weren’t quite as enthusiastic about Arctic Monkeys’ ‘Tranquillity Base Hotel & Casino’ as other releases. Granted, Alex Turner and co went completely bizarre lyrically and thematically, incorporating elements of jazz and plenty of piano, but it got people talking.

'Anyways' was released as the B-side in 2018 to 'Tranquillity Base Hotel & Casino' and embraces lounge vibes as a relaxed ballad. Turner’s voice dances through the song brilliantly and is incredibly expressive as he performs each intricate, intellectually invigorating lyric. The lyrics are the crowning achievement here, as great as the jazzy backdrop is.

You can see Arctic Monkeys in May and June next year, with support from The Hives and The Mysterines. Tickets go on sale Friday 30th September at 9 AM.