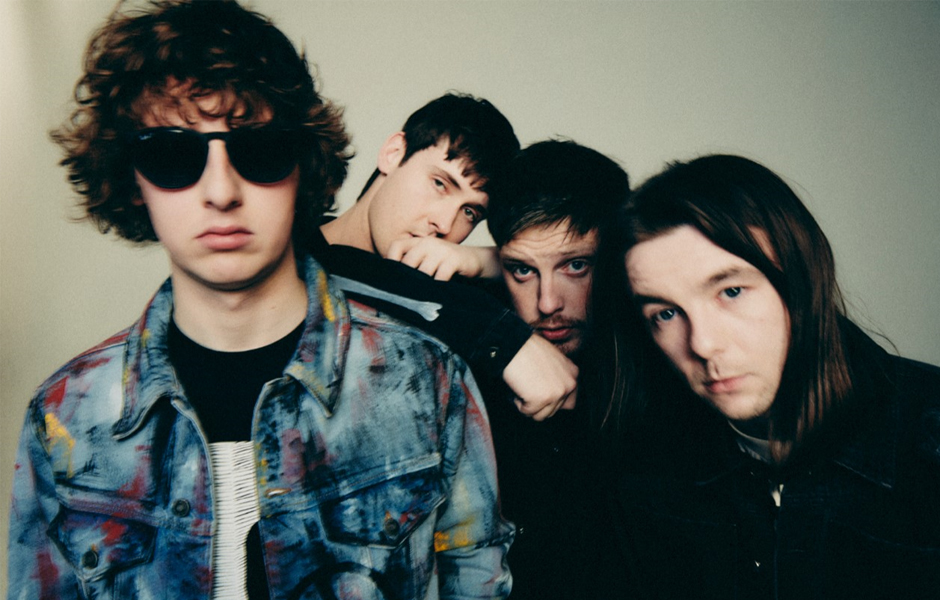 After a sold-out run of UK shows last year, West Lothian favourites The Snuts are back on the road this month to perform their biggest headline tour to date.

Armed with brand new record 'Burn The Empire' and fresh from both a headline European tour and supporting Louis Tomlinson across in Mexico; The Snuts are a force to be reckoned with.

We caught up with the band to talk all things tour and what to expect from the new LP.

Your recent shows in Europe had a few Brexit related issues – how are you adapting to the new era of life on the road?

I think a form didn’t get filled out correctly but last year and when we’ve toured in Europe in the past we’ve never had to worry about it. Basically this one form meant our equipment didn’t leave the UK and without our equipment it is pointless trying to still play the shows. It was a savage start to the tour but luckily got sorted quickly.

Our management was a tour manager before so he knows Europe and has toured in most countries with a ton of bands. He can speak like three different languages and is totally attuned to Europe and even he is totally flabbergasted by what's actually happening, like the amount of paperwork we need to do – every I needs dotting and every T needs crossing or they are well within their rights to refuse your entry. When you get to different airports throughout Europe trying to reclaim equipment that you've shipped over is a nightmare. The slightest discrepancies on the countless forms can leave you in an airport for four hours. We see it as a total backwards move for the world - being able to travel anywhere and having freedom of movement is a beautiful thing. People should be able to travel and see the world and enjoy other cultures. It's madness that you would ever want to walk away from that.

Do you find that there is now more pressure to succeed and perhaps graft a bit harder here in the UK because touring further afield is more limited?

There are definitely obstacles, but I have faith in the team of people that work around us to make it work. We’ll still be over in Europe because travelling is still a big part of the industry and it's so nice to go and hear your songs sung by people who don't really speak your language. It's a liberating feeling, so I truly believe that our team will pull it together. This year I think we will hit some speed bumps or have a little hiccup here and there, but I want our presence in Europe to be as strong as possible.

In terms of the UK shows, you have some pretty big venues on the list including KOKO and Rock City as well as Usher Hall in Edinburgh – does it feel a bit daunting to be preparing for huge shows, or is it more that you’re self confident and see it as a reward for working hard to get there?

You always want to up your game with every tour and always want to move up the capacities in venues. There was advice to maybe steer away for some of the bigger venues because there is three years of gigs being crammed in a one year, so people have got like three four gigs a week. We’ve been lucky enough to see tickets still fly out which is really reassuring - especially because we’re on the second record tour where you usually see a drop off.

You managed to get the album out just before the tour started – how important is this for both yourself and the fans coming out to see you?

It was such a big thing! The whole reason we go to see bands on tour is to hear the songs we love live. We didn’t want it to be a situation where we can tell the fans are just standing throughout the set waiting for songs from the first album and not losing themselves in the moment. It was incredible that Parlophone said we could finally release it a couple of weeks earlier so hopefully the fans will appreciate it and be able to connect to those tunes.

Was there a stark different between writing ‘Burn The Empire’ and ‘W.L.’ – and did you feel pressure not to fall victim to second album syndrome?

We were definitely aware of how hard the second record could be. I feel with ‘W.L.’ we wrote it over a space of ten years – we were still at school when some of the songs were written so it was a proper coming of age album. With ‘Burn The Empire’ we were more refined in the sense that we had a lot of things we wanted to speak about and had both the platform and the confidence to go out all guns blazing. We wrote a lot of the new record off the cuff and because you don't have too long to overthink about a certain part – for a lot of the tracks, Jack would bring in an acoustic guitar have a lot of the melodies and the lyrics prepared so we could build around that. It was a really nice, collective and collaborative atmosphere.

You’ve been celebrated across much of the media recently, even Clara Amfo debuted ‘Zuckerpunch’ as the ‘Hottest Record In The World’ – is this attention something you take notice of or do you try to avoid reviews?

It's a tough one because you always make music hoping that people like it but are always aware that might not be the case. That being said, there has definitely been a noticeable shift since releasing ‘W.L.’ when we were getting a little bit of radio play – on this record it has came on leaps on bounds! I grew up listening to Scott Mills and then the other day I was chatting to him live on air which is a bit surreal. I love the new age DJs that champion new music with integrity. Jack Saunders and Jordan North have been at the forefront of this, and it is brilliant for bands like ourselves and guitar music as a whole to have a platform and someone that is actively pushing us to their listeners. When your music is being celebrated by people that know their trade, that is the ultimate goal and far better than any stream or sales figures.

What else can we expect from The Snuts across 2022 and beyond?

We have the record to push in the UK, then hopefully we can get back and properly do Europe because the last run was quite short. Then we’d love to do America and go back to Mexico – we were lucky to do Mexico with Louis Tomlinson and that opened our eyes to how many people around the world can connect with music. We want to broaden our horizons and make The Snuts more worldwide.

The Snuts are on tour now! Pick up final tickets here.