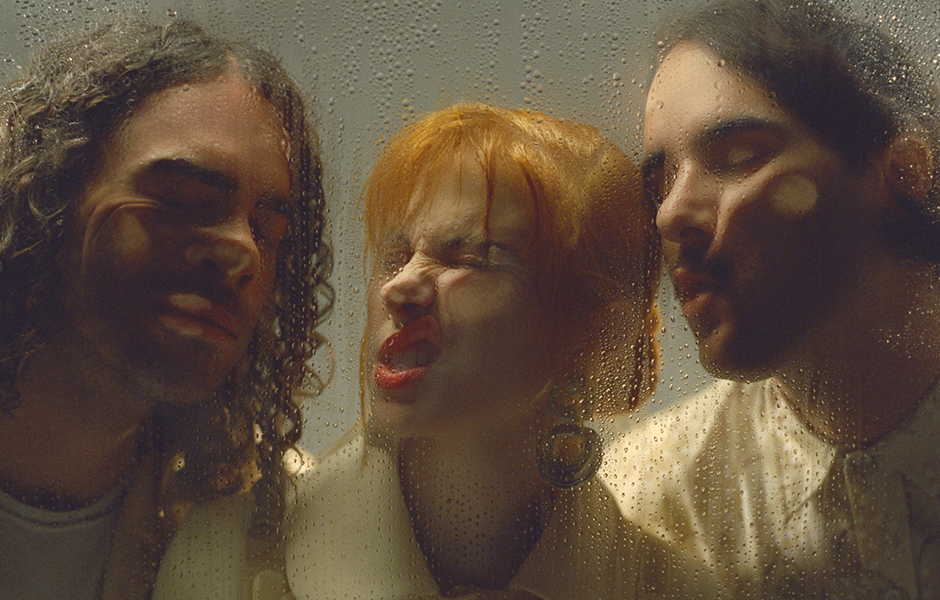 No, this isn't an early Halloween trick, Paramore really are back with a UK tour and brand new single 'This Is Why'. We last saw Paramore back in 2017 when they released the critically acclaimed album 'After Laughter' so we can't wait to see what the next chapter has in store!

The name Paramore is sure to bring some nostalgic memories forward with giant hits such as 'Misery Business' (remembering the converse and dyed hair fondly), but the Tennessee three piece have an iconic career that spans seventeen years and five albums. It's only right we take a look at some of the Deep Cuts in their back catalogue that deserve all the praise and recognition as their triple platinum hits.

It's hard to believe that there was ever a time where a record label would consider firing Paramore, but in 2003 it was dangerously close. Thankfully, the label were swayed after they were presented with two new demos. One for 'Here We Go Again' which featured on the debut album 'All We Know Is Falling', and one for 'Halleluljah' which made an appearance on their sophomore album 'Riot!'

'Here We Go Again' features a drum groove foreshadowing the band's shift to a funkier sound in later years, but keeps the crunchy guitar that we fondly remember blasting on our 2000s stereos. We're very thankful for 'Here We Go Again', not just for being the perfect gateway into alternative music as we were coming of age, but for perhaps being the track that let Paramore flourish into what we know them for today.

There are tracks on this album that walk among the giants of 'Misery Business', 'crushcrushcrush' and 'That's What You Get'. 'Stop This Song (Love Sick Melody)' is one of them, but we argue that it contains every bit of cathartic 'Riot!' energy as the singles.

The lead guitar is loud and in your face, the drums possess a driving sound that make you consider if you could potentially have a career as a professional air drummer and Hayley's vocals are filled with that all too familiar teenage angst. If you're looking for a fun song to sing/shout at the top of your lungs then you can't go wrong here.

Where The Lines Overlap

'Where The Lines Overlap' was the ninth track on Paramore's 2009 album 'Brand New Eyes'. It would have been a tough act for anyone to follow the success of previous album 'Riot!' but the band produced an album that, while still remembering the roots that were placed with 'Riot!', evolved Paramore to the next stage of their career.

Hayley's vocals shine at the best of times, but this is a track where we're reminded just how talented she is. A driving, palm-muted guitar in the verse and the lyrics 'no one is as lucky as us' combine to give this song a positive, uplifting feeling. If you haven't heard it yet, we highly recommend giving 'Where The Lines Overlap' a go.

Tell Me It's Okay

'Tell Me It's Okay' was only ever released to the world in demo form on the deluxe version of Paramore's self-titled album and echoes a sentiment that everyone needs to hear from time to time. That it's okay.

The hook from 'Tell Me It's Okay' will make itself at home in your head, leaving you humming it for the foreseeable future. The distinct sound Paramore curated for themselves on their self-titled album also shines through with a disjointed guitar riff and a chorus that will give you goosebumps. A firm favourite from their self-titled era.

The playful keyboard 'Grudges' opens with, combined with the neon lights and vapour wave inspired album artwork could have you fooled that this track was released in a different era entirely, but that's the vibe that the entire album follows.

From the moody cathartic angst of 'Riot!' to the upbeat sound of 'After Laughter' that disguises the very real struggles that come with adulthood, Paramore have evolved their sound, but kept their relatability and grooves. The infectious happiness of this song is what keeps us coming back.

Find the full list of notable mentions below plus tickets for their 2023 tour: