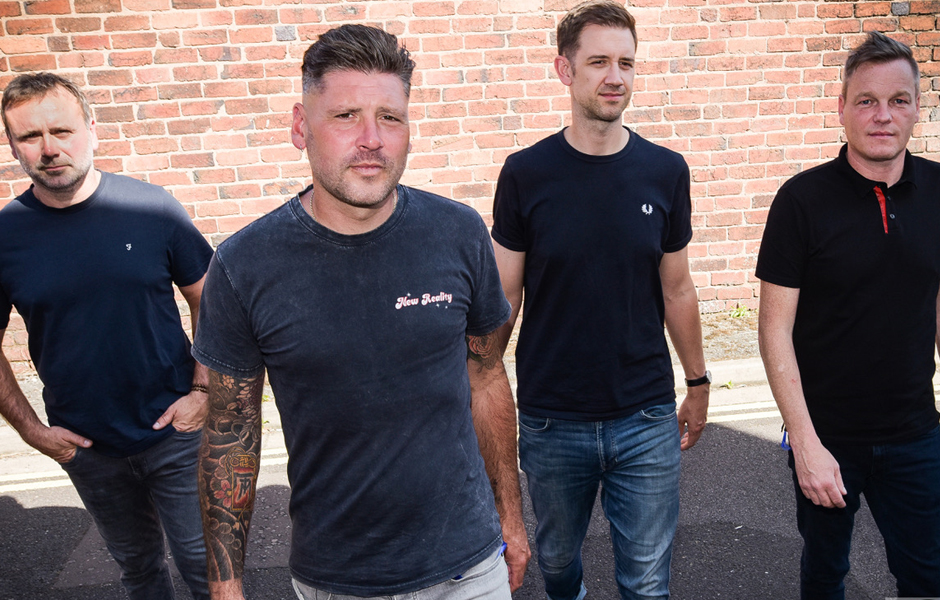 Sheffield four-piece Little Man Tate have confirmed their return to the live scene after almost a decade-and-a-half away from touring with a run of headline shows next spring.

Following support slots with The Enemy and a couple of festival performances earlier this year, we caught up with guitarist and singer Jon Windle & bassist Ben Surtees to find out more about the reunion, what to expect from the shows and more.

Firstly – welcome back! Tickets for your headline tour next year are on sale now. How does it feel to be plugging shows again and getting ready for life on the road again?

It is very exciting, but there is also a lot of nervousness in the sense that we’re like “oh God, are the tickets going to sell” or “are people still bothered about us” … the early signs are good though, and we can’t wait for next year.

The tour marks almost 15 years since you've been away from headlining tours – were there any doubts when you were planning a comeback tour of sorts?

I think we sound better now than we did when we were playing loads of shows. We might not be as young and we might have grey hair, but we’ve definitely aged well musically. We’ve put a lot of effort into this reunion behind the scenes to get gig ready, so when we played a few nights with The Enemy it was great to see 2000 people singing along to stuff we put out 15 years ago. We didn’t take it for granted the first time around, but we are sitting down now and telling each other to appreciate it and to make sure every gig we play is an event that the fans will go home buzzing from. We spotted a few Little Man Tate shirts in the crowd who sang along to every song so that was reassuring.

There is a lot of crossover between The Enemy’s fanbase and yours – did these ease you back into playing shows?

I think we still felt pressure because we didn’t want to assume that The Enemy’s fans had either heard of us or enjoyed Little Man Tate, but we actually managed to gain some new fans. There wasn’t as much pressure as launching a full headline tour, but it was important for us to just get back on the stage, play to people and hope they still dig it. We’ve been trying to enjoy it as much as we can and to finally announce our own shows and see the positive comments lifted a weight off our shoulders.

You mentioned that you’ve spent a lot of time rehearsing – will the headline tour be a nostalgia trip with you playing all the hits, or will you be dabbling in some new material?

Playing the songs that people like and want to hear us perform is important, so for the first headline tour we want to stress that we’ll be doing that. There’s nothing worse than going to see a band and it being a new album tour where you don’t know half of the songs. We might try to drop one or two new ones into the set each night, but we’ll be making sure to bulk out the setlist with what everyone wants to hear.
We’re desperate to get new stuff out there and play new songs, but for the first shows back it is more about celebrating what we did 15 years ago. There are people that are just discovering us and telling us that their dads got them into Little Man Tate which is crazy.

Interestingly, there are a few bands that cite you as an influence, Catfish and the Bottlemen being one – does it feel slightly surreal to think that your legacy helped bands of that stature to first pick up an instrument?

We have a good story about Catfish and the Bottlemen actually – their lead singer Van McCann got a picture with us years ago outside a Stereophonics show in London. He didn’t tell us that we’d influenced the band but it is both humbling and a bit crazy to see them get to where they are now. That kind of stuff means a lot to us. We’ve always tried to be approachable and talk to our fans because when we were starting out it meant a lot to us if we could chat with the bands that we loved.

What can we expect from Little Man Tate between now and the shows next year?

We’ve got the album to finish off and we’ve been working with an amazing producer in Sheffield called Martin Smith. It has been a breath of fresh air for us as well because it's like having another band member in – and we’ve never been produced before. The first album was recorded in the same way that we play live and with the second one we were just stuck in the studio without too many ideas. We need to make sure that the new record isn’t too far away from what people expect from us without playing it too safe.

We’ll hibernate in the studio over the winter and then start rehearsing for the headline shows next year, then hopefully we’ll play a few festivals in the summer.