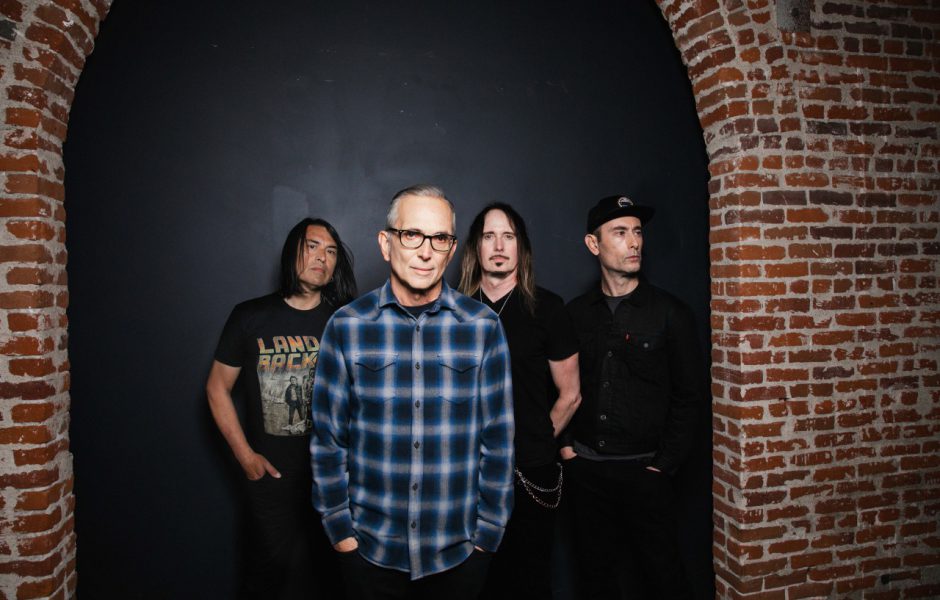 90's alt-rock legends Soul Asylum and Everclear are teaming up for a joint headline tour this November across the UK.

Between their upcoming joint tour and releasing the 30th Anniversary addition of their 90s classic 'World of Noise', Everclear haven't taken their foot off the accelerator.

We caught up with frontman Art Alexakis on everything from life coaching to football chants and their brand-new single 'Year of The Tiger', set to be released worldwide Friday 4th November.

You've got a joint tour coming up with Soul Asylum. Are they a band that you've toured with before or have you always been a fan of their music and just never had a chance to play together?

Well, both! In 2014 on the Summerland Tour they came out on tour with us and Eve 6, and it was just a great tour. I had grown up listening to Soul Asylum back in the 80s so I was, and still am a big fan.

You’ve recently just released the 30th anniversary edition for ‘World Of Noise’. Has how you look at the album changed at all 30 years on?

You know, that's a really good question because if it hadn’t, that would mean that I hadn't changed or grown at all!

I was 30 when we made that album. Me, as a person who's lived another 30 years, I look at those songs and some of the lyrics are kind of simplistic, but they're not gratuitous. They're not talking down to anybody, I still stand by them even though they're coming from someone who's a different version of me.

Is there a favourite track to perform live, or is that like asking you to pick a favourite child?

It kind of is, yeah, you're gonna go through the whole discography! But I love playing 'Fire Maple Song', I love the response I get from people when I play 'Santa Monica' or 'Father of Mine'. If it makes people happy, I love playing it.

As someone who has established themselves in a band and made a career of it for 30 years, do you have any advice for anyone that's maybe starting out in a band or are early in their career?

Reinvent yourself every day. Musically, and as a person. Musically, I think you need to be your own worst critic, and at the same time your biggest cheerleader.

My advice to anybody is if you really believe in yourself, don't give up. Don't stop. Even when things get hard, and I guarantee you, they'll get hard. Don't give up, because if you do, there's someone behind you that's just like, ‘okay, thanks. Can you get out of the way? Thank you very much’. That doesn’t mean it’s a competition, it's just a matter of, like, if you want it bad enough, you've got to figure out a way to make it real.

Is there anything about touring, not specifically on the performing side that you're looking forward to?

I’m kind of disappointed because I've been telling the guys ‘we're gonna get a double decker, right!’ But they're moving away from those, everything is changing. But we're looking forward to getting back, it's gonna be a lot of fun and we're only a couple of weeks away.

Do you find that the audiences differ depending on where you're playing in the world?

Ah, yeah. You go to Asia, people are very reserved while you're playing, not making any noise, whereas in the UK, and even Europe to a certain extent, you guys are belligerent and vocal when people sing there. It's awesome. Because everybody's used to singing at football games and chanting.

It's just a trip out when you start singing 'Santa Monica', it sounds like a huge choir or something.

I'm not going to ask you what you’ve got coming next, as you’ve just released an album, and you've got a tour coming up, but I couldn’t help but notice it’s now only three years until the 30th anniversary of ‘Sparkle and Fade’ as well. Have you thought at all about how you going to celebrate that?

Well, we celebrated the 20th anniversary. I don't know, I'd like to talk to Capitol EMI and see if maybe we could put out a 30th anniversary version. Maybe if I get involved, we can make it really cool.

And we’ve got a brand-new single. It's going to be dropping worldwide next Friday with a lyric video. It's called ‘The Year of the Tiger', like the Chinese year of the tiger. It's very political.

We're not planning on doing an album. I just want to do a couple of singles every year. I think that's more fun.

Tickets are on sale now for Soul Asylum + Everclear's joint UK tour this November. Make sure to grab yours before they're sold out!