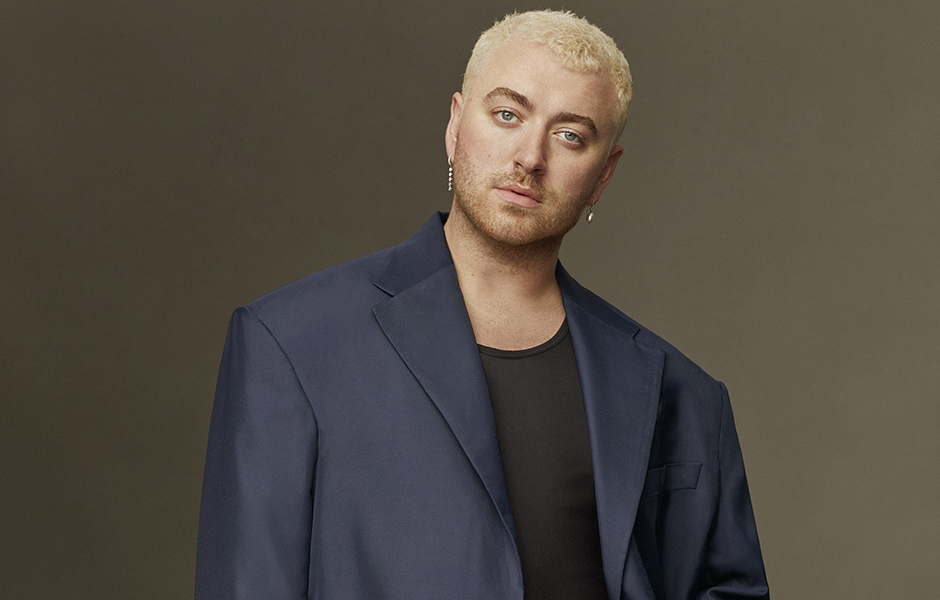 Cambridgeshire born Sam Smith has become a staple in the British music scene over the past decade. With an upcoming album 'Gloria' due for release in January 2023, and a 2023 headline UK tour on the horizon, we're naming Sam our Artist of the Month for November.

Finding fame with their vocal feature on Disclosure's 2012 song 'Latch', we first got a taste of Smith's incredible vocal range. After emerging into the spotlight, they quickly released their debut single 'Lay Me Down'. Also produced by Disclosure, this song is a change in pace from 'Latch', where Sam's vocals are at the forefront, rooted in a more soulful, gospel sound.

Within the next couple of years, Sam achieved their first number one with Naughty Boy on their collaboration 'La la la', quickly followed up by his second solo single 'Money On My Mind' which also reached number one. It was clear Smith was on the trajectory to becoming a household name, and their Critics Choice Brits award in 2014 solidified this, placing them amongst the likes of previous winners Adele, Florence + The Machine, and Emeli Sande.

'In The Lonely Hour'

When their Grammy winning debut album 'In The Lonely Hour' was released later that year in 2014, their musical style became clear. It is a soul album about love, loss and breakups, centred around unrequited love to a man who doesn't love them back. Aside from the lyrics alone, the album showed how Sam's voice is able to go through so many vocal ranges within such a short space of time. Off the back of the album Sam saw a huge amount of success including four Grammys in the 2015 ceremony for Best New Artist, Song Of The Year, Best Pop Vocal Album and Record Of The Year, for the hit song 'Stay With Me'.

In the years between their first and second album, they co-wrote and sung the James Bond theme song 'Writings On The Wall' for 2015's 'Spectre', a huge feat for an artist who has just released one album. Their haunting vocals paired with the production creates one of the most adored Bond songs in recent years.

'The Thrill Of It All'

Their follow up album 'The Thrill Of It All' (2017) seems to be a perfect breakup album, born into fruition by a collapsed relationship. The Guardian called it 'genuinely moving lyrical misery, occasionally spiked with mordant wit'. Though, the album doesn't just deal with heartbreak; in 'Him', they take on the subject of their homosexuality and religious faith, a refreshing topic within the mainstream pop space.

Then in 2020 Sam released 'Love Goes', which seems to break them out of the mould they had been carved into. Having come out as non binary in 2019, Smith seemed to flourish and experiment sonically, with a variation in genres, moods and themes.  In an interview with Zane Lowe they talk about how Sam is 'reclaiming your youth'. Smith says that while the first couple of albums brought them fame, success and a fanbase, they felt as though they were creating what people wanted to hear, rather than taking a creative leap. So, 'Love Goes' is that creative leap that experiments across all different sounds and genres.

Their fourth studio album 'Gloria' is due for release in January 2023, and the first single 'Unholy' (ft Kim Petras) is an explosion of Sam's new exploration as an artist. On their new interview with Zane Lowe they say, "Just like my gender really, I'm everything, I can be anything, I can sing anything I want to". This is Sam Smith at their most bold, and we can't wait to hear what the rest of the album sounds like.

Don't miss your chance to catch Sam on tour in 2023! Grab your tickets now!