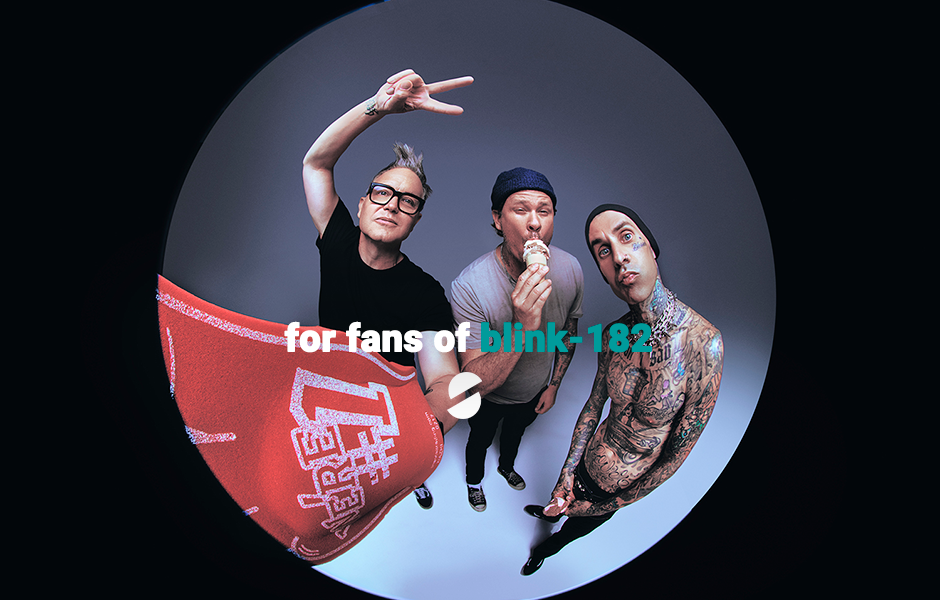 Pop-punk fans across the globe had their wishes granted earlier this year when legends blink-182 announced they were reuniting for an October 2023 tour. It's no surprise that tickets flew out almost instantly as fans had been waiting almost a decade for the moment they saw Mark, Tom & Travis under the blink-182 umbrella again.

If you weren't able to grab tickets for blink-182 but still need your pop-punk fix then fear not. We've compiled a list of a few of the tours right now that as a blink-182 fan, we think you're going to love.

Slam Dunk Festival is where all the pop-punk and 'emo' kids can call home, and they've already announced some major names that are more than likely already on blink-182 fans' playlists including Bowling For Soup, Yellowcard and Less Than Jake. Topping the bill for 2023 are fellow Californians The Offspring who have been making punk-rock for 38 years and have a collection of fast and catchy tracks under their belt including 'The Kids Aren't Alright' and 'Self-Esteem'. If you're looking for a punk-rock powerhouse, then make sure to grab your tickets for Slam Dunk Festival 2023, and catch The Offspring plus loads more pop-punk, emo, metal, and alternative bands.

Fresh off the release of new single 'Mayday', Nottingham based pop-punk four-piece As December Falls are bringing their self-proclaimed noisy rock and roll to Chester this December! Their self-titled debut saw the band sell out 90% of their self-booked UK headline tour, setting in motion their journey to make it as big as possible. Keeping the resilient DIY spirit that made their self-titled debut such a success, their second record 'Happier' also came out on their own label allowing the band complete freedom. If you're a fan of blink-182's memorable hooks then we recommend giving As December Falls a listen and grabbing a ticket to their show at The Live Rooms, Chester this December.

Mom Jeans. announced their third album 'Sweet Tooth' earlier this year three years after their second LP 'Puppy Love'. Before any of the record’s 13 songs had been written and recorded, the band knew what 'Sweet Tooth' would sound like: late ‘90s and early 2000s pop-rock and pop-punk bliss. With tracks like 'Circus Clown' and 'Something Sweet' we think Mom Jeans. should be right up the street of any blink-182 fan. Pop-punk with an indie twist is what Mom Jeans does best, so make sure you grab tickets for their UK tour in February 2023!

There's no shortage of ties between All Time Low and blink-182. Maybe the most obvious being 'Simple Creatures', frontman Alex Gaskarth's and Mark Hoppus' side project.  Forming in 2003, All Time Low had their first musical appearances covering their favourite pop-punk bands, including blink-182. Mark Hoppus even showed up in the music video for 'Weightless'. Flashing forward to the present and All Time Low are a band in their own right with plenty of pop-punk crowd pleasers under their belt including 'Damned If I Do Ya (Damned If I Don't)', new track 'Sleepwalking' and of course 'Dear Maria, Count Me In'. Standing tickets for their Wembley show have all sold out, but you can still secure tickets for seated if you act quick!

Following on from the release of their latest album 'Please Don't Take Me Back' pop-rock Northerners Martha are set to play later this month and early next year in Birmingham. Being labelled 'the world’s best straight-edge, vegan, anarchist rock band' might make Martha seem like a far cry from your classic pop-punk band, yet their songs all possess that unique character that distinguishes them from the pack. The band even tip their hat to blink-182 in the chorus of 'Wrestlemania VIII' by rewriting the lyrics to blink classic 'First Date', as they add pop culture references such as Rowdy Roddy Piper and Maya Angelou to the mix. Their next show is Saturday 19th November 2022 so make sure you act quick!