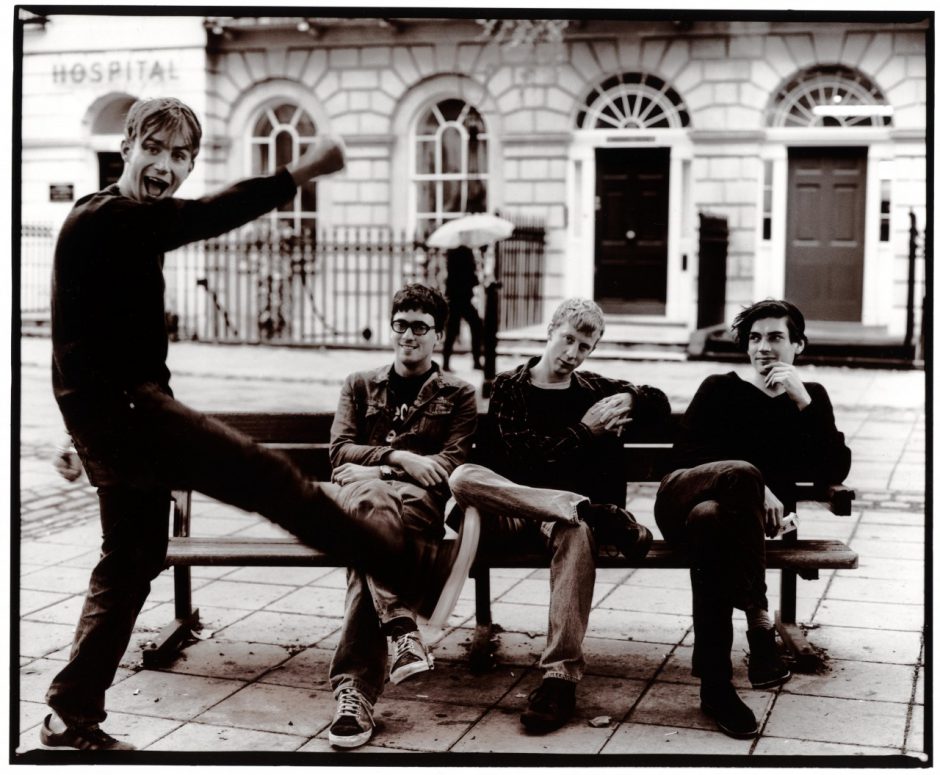 Britpop legends Blur are back with shows at London's Wembley Stadium! We last saw Blur back in 2015 when they released 'Magic Whip' and headlined British Summer Time at Hyde Park. Now, they're set to play Wembley Stadium for the first time and we're excited to see what's in store.

Blur is a household name with hits such as 'Song 2', 'Girls & Boys' and 'Parklife', the four-piece have a career that spans thirty-four years with eight studio albums. With their reunion on the horizon, we thought we'd take a look through some of the Deep Cuts in their back catalogue...

Taken from their debut album 'Leisure' (1991), 'Wear Me Down' closes the album with calm vocals and a shoegaze haze over clashing guitars, before a clearer chorus sets in. Blur’s debut album sees them trying to find their musical direction, with one foot in the Madchester scene, and the other in the Shoegaze movement; which was trending in Britain in the late 80s-early 90s.

From the brilliant album ‘Modern Life Is Rubbish’ (1993), Blur transforms from Madchester into socially conscious solid rock; playing to their musical strengths. ‘Coping’ is powered by the blend of electric and acoustic guitar beating out the chords, with the guitar somewhat offset by injections of wild synthesizer, adding wackiness to the piece and ultimately to the feeling of mental instability that runs throughout the articulate and interesting lyrics.

Sitting at track 8 on 1994’s 'Parklife', this is one of Blur’s shorter tracks written and sung by Alex. Lyrically inspired by his passion for astronomy, this can be likened to the work of Syd Barrett due to the intriguing keyboard and synth at various parts of the song. However, it’s the relatively simple guitar playing that anchors and defines this track. 'Far Out' would wind up being the only composition written by Alex to appear on a Blur album – fun fact, Alex names a variety of moons and stars “in the night sky” and you can probably learn a lot from this song…

Dan Abnormal comes from 'The Great Escape' (1995). It's a character study, but this character is actually Damon himself; Dan Abnormal is an anagram of Damon Albarn. The song entails that while Damon engages in many of the same activities as regular people, such as drinking and watching TV, his position as an entertainer means he’s not “normal at all”. It’s musically very ‘Britpop’ and is notable for being one of the few Blur songs to feature a guitar solo.

Strange News from Another Star

This track from 'Blur' (1997) feels like Damon emulating Bowie, it largely consists of Damon and acoustic guitar along with an eerie-sounding synthesizer. The song becomes more chaotic towards the end, with some heavy drumming buried in the mix. Taking its title from a series of short stories written by German author Hermann Hesse, the lyrics are quite abstract, and some have speculated that it touches upon Damon’s addiction to heroin, with lines such as “give me all your stuff until I can’t get up”.

Track 6 on '13' (1999) is one of their punkier songs, it has so much energy with a simple message about genericness in popular music. The lyrics of the song seem to reflect upon the music industry, and how pop groups are just part of a cycle that are dealt away by record companies once their popularity wanes. The title of the song itself is a combination of Blur and EMI, the label the band were signed onto and one of the big four record companies at the time.

Battery in Your Leg

This is the final track on 'Think Tank' (2003), it’s a sombre song dedicated to Graham Coxon. The lyrics not only reflect Graham’s departure from the band but also the good times that they spent with him. This is the only song on the album that features Graham, and his appearance on the track serves to make the lyrics all the more poignant and touching, with his soulful guitar working well with some mellow piano courtesy of Damon.

Desert rock influenced Mirrorball is the final song on 'The Magic Whip' (2015), the lyrics focus on the city of Hong Kong, mentioning locations such as Jordan Station, which was the nearest railway station to the studio where Blur recorded much of the album. Musically the song is one of the most unique on the album, it exhibits a western and desert rock sound that we haven’t heard from Blur before, with dark and menacing guitar work paired with the use of strings - giving the song a very effective dramatic touch.

Find the full list of notable mentions below plus tickets for their 2023 shows!