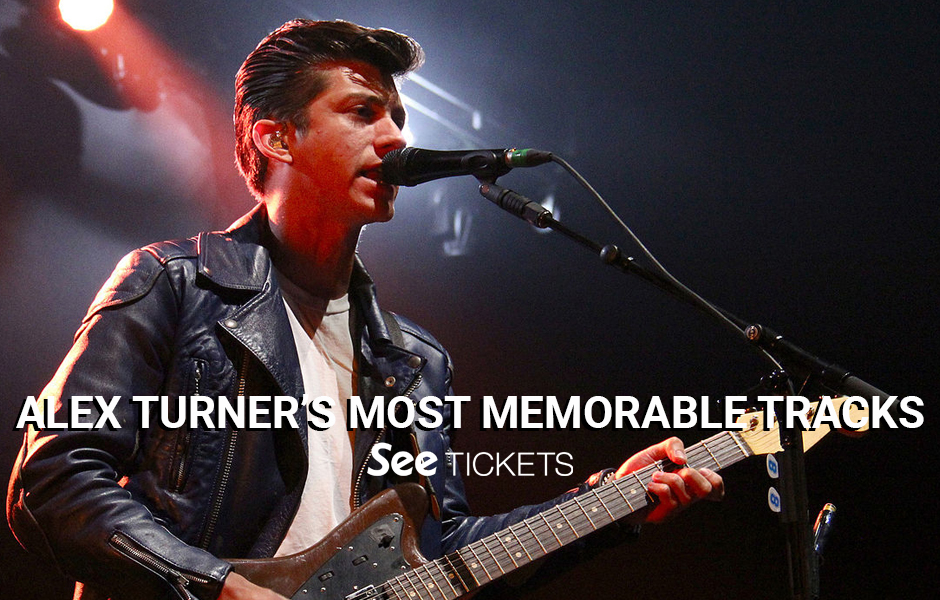 Alex Turner is one of the most loved indie icons of all time. From his full-time occupation as Arctic Monkeys' frontman, to being half of The Last Shadow Puppets alongside Miles Kane, the Sheffield-born favourite celebrates his 37th birthday today and what better way to get the party started than by re-listening to his discography and plucking our favourites from it?

Taken from Arctic Monkeys' fourth LP, 'Suck It And See', the quartet reinvent their identity with a typically American rock 'n' roll sound. 'Black Treacle' was the perfect introduction to what we would come to expect from the band going forward and a fantastic bridge between 'Humbug' and 'AM'.

'Hiding Tonight' comes from Turner's stunning solo EP, 'Submarine' (the soundtrack to the 2010 film of the same name) and showcased his exquisite songwriting ability. Still his only solo effort to date, we're hoping that changes in the not too distant future - as long as it doesn't mean Arctic Monkeys' return isn't delayed!

Donning his iconic red turtleneck and old-school headphones, Alex Turner transports us back to the '70s in the Richard Ayoade directed music video for 'Cornerstone'. Featuring on the band's third full-length LP, 'Humbug', after a break to focus on The Last Shadow Puppets, 'Cornerstone' remains a firm fan favourite more than a decade on.

The first The Last Shadow Puppets inclusion on this list comes from a stand-out track from their sophomore album, 'Everything You've Come To Expect'. Teaming up once again with Miles Kane in between 'AM' and 'Tranquillity Base Hotel & Casino', Alex Turner cemented his place as one of the most exciting and creative showmen of all time with slick tracks like 'The Dream Synopsis.'

When The Sun Goes Down

'When The Sun Goes Down' takes us back to Arctic Monkeys' sensational, breakthrough, debut record 'Whatever People Say I Am, That's What I'm Not'. Still as magnificent 16 years on as it was when originally released back in 2006, Alex Turner and co. offered a grittiness that represented the north of England at the time. It might seem a million miles from where the band are today, but it serves as a reminder of their roots and holds so many memories for fans around the world.

Arguably one of their biggest and most recognisable songs, 'R U Mine?' is a stellar modern rock masterpiece. With commandeering drums, snarling vocals and sharp guitar hooks, it was finally given a home when it featured on 2013's 'AM'. Until then it was a stand along single originally released as a super limited Record Store Day release 2012 and instantly became a fan favourite. Since then it has consistently remained on setlists for the past decade.

Feels Like We Only Go Backwards (Tame Impala Cover)

We're throwing a cover into the mix with 'Feels Like We Only Go Backwards' - but if you've ever watched the full interview with Triple J you will understand why. Over the years we've caught Alex Turner cover the likes of 'Moonage Daydream' (Bowie) and 'Last Night I Dreamt Somebody Loves Me' (The Smiths), but this Tame Impala cover is our all-time favourite.

The opening track from Arctic Monkeys' latest album was instantly gripping. With no singles preceding the LP it was always going to be a Marmite release, but Alex Turner's new-found Los Angeles swagger made it an immediate modern masterpiece. 'Star Treatment' kicked off a new era for the band and one that is hopefully built on with their forthcoming release.

Do I Wanna Know?

Another opening track ends our list of memorable tracks - and it is the whopper single 'Do I Wanna Know?' from 'AM'. The signature guitar riff is one of the most recognisable intros of the 21st century and has gone on to receive over a billion streams on Spotify, more than a billion views on YouTube, and be triple platinum certified in the UK.

Let us know your favourite Alex Turner track via socials!