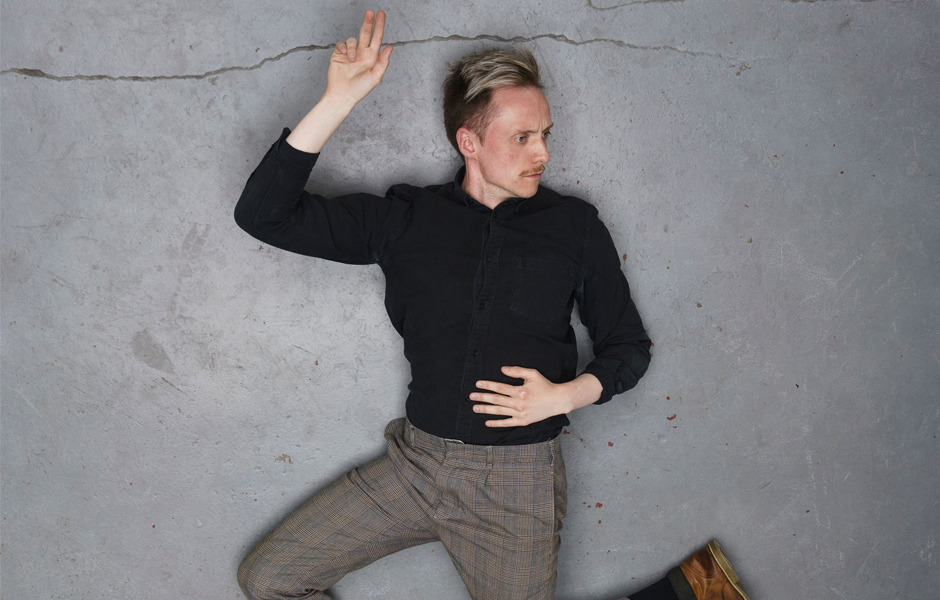 Edinburgh's Hamish Hawk is set to embark on a UK wide tour across February in support of both upcoming record 'Angel Numbers' (released 3rd February), and his breakthrough LP 'Heavy Elevator'.

We caught up to discuss how life on the road has changed, how he's building on the success of 'Heavy Elevator' and more.

Firstly, your UK wide tour kicks off next month – how does it feel to be preparing for life on the road?

This time around, I'm really, really excited. Tours can be daunting; they're hard on the mind and the body, and looking at them on paper can have you doubting whether you'll actually manage it. There's something vaguely out of body about spending hundreds of miles cooped up in a van, only to be released for a few hours every night to bound around, wailing like a banshee. Anyone who's ever been on tour, or been involved in live performance of any kind will relate to how all-consuming it can be. I do love it though. I feel very fortunate to be able to travel and perform as much as I do.

You’re heading all over; from down south in London to way up in Aberdeen – do you have any travel tips or routines that help with all the mileage?

I certainly do, but I'm afraid they make extremely poor reading. They involve getting as much sleep as you can, drinking less than you want to, and snacking whenever you get the chance. Pack less than you'll think you'll need, as well; you're the one carrying it around.

The shows coincide with the release of your new record ‘Angel Numbers’ – what can fans expect from it?

'Angel Numbers' is a sister record to ''Heavy Elevator'', so fans of one will likely be fans of the other I'd say. It is a quieter listen though; where 'Heavy Elevator' was bombastic and swaggering, 'Angel Numbers' is more ruminative, more relaxed and softer, for the most part. Some of the songs use a musical palette quite unlike anything on 'Heavy Elevator' (I'm thinking of Rest & Veneers, Grey Seals or Frontman), and I've allowed myself greater space for experimentation with the lyrics. It's the product of a quieter time on my life, and I think the songs reflect that.

Your previous record, ‘Heavy Elevator’, was well received by the likes of MOJO and The Skinny – does this ‘success’ add a certain pressure to supply the goods again, or does it ease the pressure and give you a springboard for creative freedom so to say?

It's a little bit of both I'd say. Going into the studio to record 'Angel Numbers' we were certainly aware it was a follow-up; a weight of expectation hung around in the air for the first few days. It did dissipate though, and as we got closer to the new songs and immersed ourselves in recording we soon forgot about the old elevator. I find you forget about almost everything that isn't within the walls of the recording studio when you're in session. We've given this new record our all, and it's already done its job of spring-boarding us to the next one.

Over the years you’ve toured solo as well as with a band - which do you prefer and how do you approach each of the shows differently?

Playing solo was my bread and butter for a long time. I loved it, and do to this day, and there is a special intimacy you can share with an audience that is difficult to replicate when playing with a band. There's a silence you can play with, and an electricity in the air when you get it right. But there are limits to what you can do for an audience when it's just you and a guitar. Playing with a band is bigger, louder, stranger, and more unwieldy. The risks are greater, and so are the rewards. I remember seeing bands play when I was teenager, I remember feeling the music in every fibre of my being. The power of those moments has never left me. Playing with a band takes you to a level that's nigh on impossible to touch on your own, and I'm getting closer and closer to it every time we play these days.

Similarly, as someone who has toured extensively – are there any cities or venues that you especially enjoy?

There is an ever expanding list! Glasgow crowds more than live up to their reputation, it goes without saying; the reception we got at King Tut’s last year was something else. I'm especially fond of playing in Yorkshire too, having spent a lot of time there as a child. There is a wide array of fantastic independent venues in the north, which is a real treat for a band like us. A loving shout-out goes to The Brudenell Social Club, Leeds, and the Trades Club, Hebden Bridge, for two of my favourite shows ever.

What else can we expect from you across 2023?

Aside from the new album's release in February, and the subsequent tour, we're looking to record a new record at some point (the bulk of the writing has been done), and play a fair few festivals this summer, with any luck. There's lots of exciting stuff afoot - we can't wait!

Remaining tickets for Hamish Hawk's shows next month are on sale now.