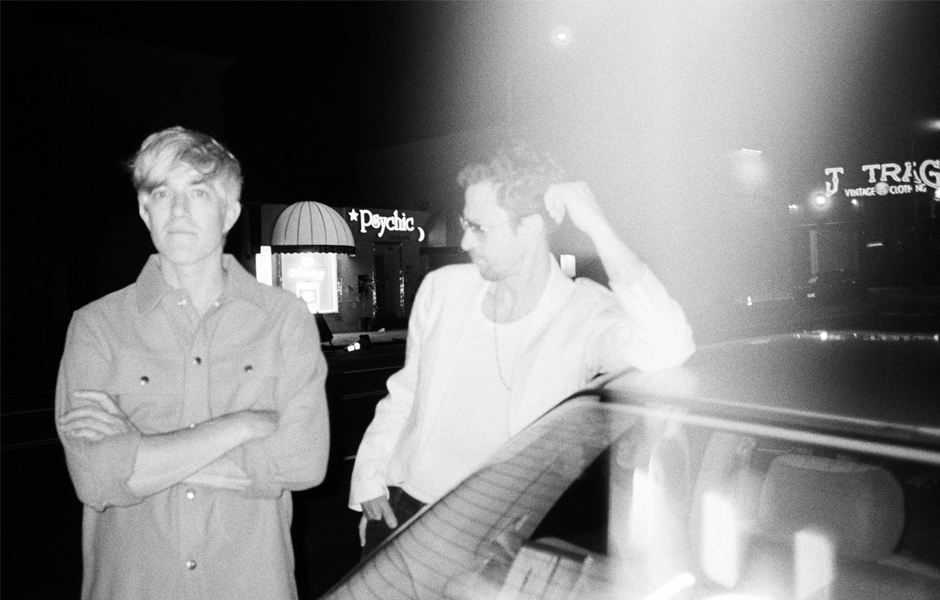 Iconic New York duo We Are Scientists return to the UK next month, armed with brand new record 'Lobes'.

With alluring soundscapes and once again proving that they aren't a band to be pigeon-holed; we caught up with the band to discuss what to expect from the record, their favourite UK cities and more.

You’re heading out on tour across February and March – how does it feel to be preparing for life on the road again?

It feels great! You know, in the past, we’ve gone over proposed tours and occasionally pushed back against particularly brutal drives or budgetary shortfalls, but these days, I’m happy to tour at almost any cost. Get me out there! Send me to Europe, scheduling nightmares or financial catastrophe be damned! (Note to our management and European booking agent - please err on the side of avoiding scheduling nightmares and financial catastrophe)

Over the past couple of years you’ve toured pretty extensively across the UK – what’s the secret to fighting fit while putting so many miles in?

Well, I have to admit that we’re pretty grotesquely bad at taking measures to keep ourselves fighting fit. We spend all day sitting in vans or dank dressing rooms, we drink way too much, we make a dinner of whatever miserable slop is available at 2am on a Wednesday alongside highways. I guess the thing that keeps us alive — as cheesy as it sounds — is friendship. Regardless of how long we’ve been doing it, I love hanging out with my bandmates, and there’s still real pleasure in tackling even the more taxing aspects of touring with them, to say nothing of the pleasures of visiting international cities and playing fun shows with them.

The tour includes shows at some pretty cool venues including KOKO, Thekla and Gorilla – are there any in particular that you enjoy playing at, or cities you’re looking forward to returning to?

Those three that you’ve mentioned all have their obvious charms - London is cool as hell, Bristol is gorgeous, and Manchester has some of the best audiences in the world. Sadly, our standard tour schedule rarely allows us to actively enjoy the towns we’re visiting, so the venues do have to do a lot of heavy lifting, in terms of representing their cities. It is hard to beat a nice margarita on the deck of Thekla, on a beautiful, warm day (sadly, that indulgence will probably be unlikely when we’re there in late February). Gorilla has a super-friendly staff and a great restaurant out front, so it represents the rare occasion on tour when we can rest assured that we’ll have some quality sustenance at some point during the day. But yeah, the tour is packed with other towns that I’d happily visit, regardless of our shows there. Glasgow is one of the most fun towns in the world. I regularly visit Belfast and Dublin on holiday. Leeds recently became one of our favourite towns when we did an in-store performance at the fantastic Vinyl Whistle, discovered an absolutely banging Malaysian restaurant, and spent all day cooped up in one of the coziest coffee shops we’ve yet discovered in our travels. So, yeah - we’re pretty broadly excited to go everywhere.

The shows are part of the ‘Show Lobes’ tour in support of the new LP – what can fans expect from the record as a whole?

The record is just full of big pop bangers — despite the fact that the recorded versions are much more electronic than is usual for us, I don’t think we’ve ever been as excited to play so many songs from a new record, live. We’re still going to be the same, energetic party band, though. Our mandate has been to approach these songs as if we’re a punk trio covering the album, so it’s going to be full-throttle.

Latest single ‘Settled Accounts’ has been declared your funkiest cut yet – how important is it from a creative POV to remain open minded and dabble in new soundscapes?

Well, we’ve never been very interested in crowbarring different sounds into our music just for the sake of variety. That said, our musical tastes vary wildly, so there’s always going to be a little bit of DNA from other genres causing small mutations in our sound.
I have long been a big fan of funk, and that grotesque affection has reared its head here and there, over the years. This was just the first time we harnessed that approach for a big, fun pop song.

You have some great bands supporting you including Bleach Lab – are there any artists you’re really into at the moment, or any that were an inspiration to ‘Lobes’?

We’re been really loving a bunch of the acts that kind of came out of the hyperpop movement but have since taken aim at straight-up pop music — people like Charli XCX and Hyd — and then the people they’ve influenced, like Chappell Roan, Caroline Polachek, Magdalena Bay. We’re also really into Coach Party, who have played a bunch of shows with us over the past few years and are super sweet people and a great live band.

What else can we expect from We Are Scientists across 2023?

If we can find the time in there, somewhere, we’ll probably try to go see that new Gerard Butler movie, Plane.

Remaining tickets for We Are Scientists' shows next month are on sale now.