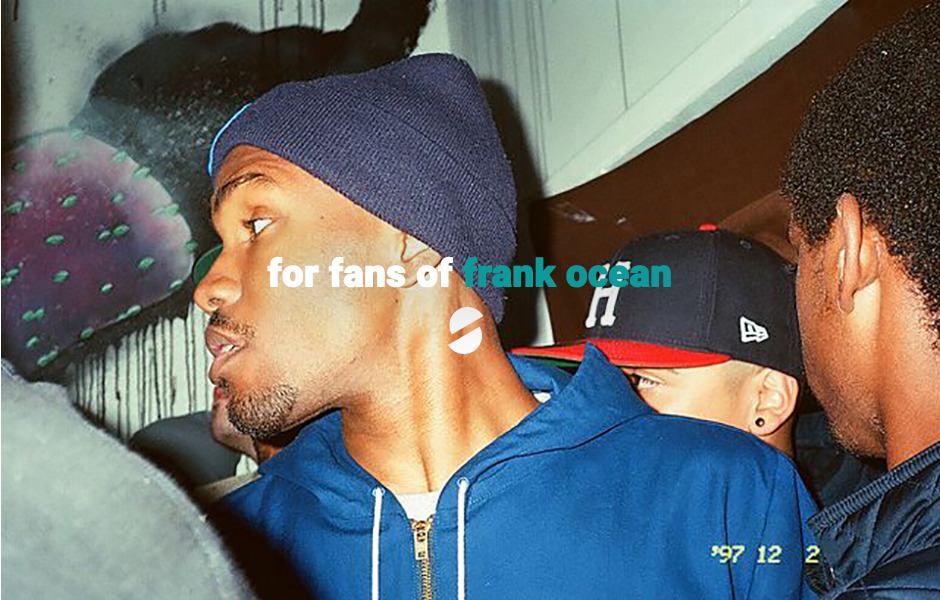 Over the past decade, widely-loved R&B and hip-hop artist, Frank Ocean has come so far from ghost-writing tracks for artists by the likes of Justin Bieber and Beyoncé, after first moving to Los Angeles and starting his music career. In 2011, he soon achieved fame after releasing a mixtape of his own music, titled 'Nostalgia, ULTRA'. Since then he has released iconic albums such as 'channel ORANGE', unveiled shortly after in 2012, which received critical and popular acclaim, followed by the back-to-back releases of 'Endless' and 'Blonde' in 2016. These albums include some of his most popular and iconic songs such as 'Thinkin Bout You', 'Pink + White', 'White Ferrari', 'Lost', 'Nights', and so many more.

So far, 2023 has seen a history-making moment for Frank Ocean as he becomes the first openly gay male musician to headline Coachella, one of the most important, largest, and popular music festivals across the globe, making this a huge moment for the festival itself and the LGBTQ+ community. Coachella's 2023 line-up was released early last week, highlighting Ocean to headline on the third day, taking the stage on Sunday 16 April and Sunday 23 April.

In terms of new music, we haven't seen anything from Ocean since his early 2022 'Dear April' and 'Cayendo' single releases, and haven't seen a full album since 2016. However, his latest merch drop hints towards a potential new album on the backside of the posters sold.

If you're a big fan, like us, and are hoping for some new music from this amazing lyricist, here are some similar artists who are on the road in 2023, for you to check out in the meantime...

Launched in 2007, BBC Music Introducing is an event dedicated to discovering and supporting new music. The initiative helps smaller artists get their music out to a wider audience. Artists will register with their uploads and the tracks will be sent to BBC's local radio shows. If they are liked by local presenters and producers, their songs get played and even pushed onto bigger stations like BBC Radio 1 (Xtra), Radio 2, and more. On Thursday 2nd February 2023's BBC Music Introducing show there are to be a selection of R&B and pop artists at The Lexington, London including:

SOLOMAN is an R&B soul singer, known for his songs 'listen up', 'Thank You', and 'Robbery'. He gained popularity through his @solomanmusic TikTok account where he shares upcoming releases, acoustic performances, and vlogs about his daily life. His YouTube channel, Soundcloud and Instagram page also provide channels for him to showcase his music to others.

Described as one of the north's most soothing alternative R&B artists is Akemi Fox. Her distinctive voice, seductive lyrism and amazing 90/00s nostalgic sound makes her stand out for all the right reasons. This firmly cemented her as one to listen to in the UK music scene as one of its most 'fearless and gifted songstresses'. She is known to use Erykah Badu, Frank Ocean, and Beyoncé as her main influences. Since her 2020 release of 'Lemon Tea' her popularity has grown immensely, going on to her single 'I Want It ft. July 7' named 'BBC Introducing Track of the Week' and recently released her latest EP 'fall back' in November 2022.

Ashley Singh is an Anglo-Indian 23 year old singer-songwriter from East London, who has been making music since the age of 14, and has grown to working with amazing artists like Stefflon Don, Wretch 32, Naughty Boy, and more. Singh started off by posting a covers and original song writing clips on TikTok, quickly gaining a loyal following. He went onto debuting in 2021 with his single 'Keep Me (Acoustic)'' and recently released, back in November 2022, his latest EP 'Between Love and Lonely', where the songs follow a dying relationship and painful breakup.

Rapper, producer, songwriter and multi-instrumentalist is BERWYN. He was born and raised in Trinidad and moved to Romford at age nine. He has become an artist on the rise within the British music scene as he writes with candour about the realities he's faced in life within his songs. In 2020, he released his debut single 'Glory', where he speaks his hopes and fears and introduces his dual ability to sing and rap, earning comparisons to Frank Ocean, Dave, and James Blake. Later in 2020, saw his highly acclaimed album 'DEMOTAPE/VEGA' including 'minimalist, piano-driven R&B with avant guard raps' (Independent), which went on to being shortlisted for the Mercury Prize in 2021. 2021 saw BERWYN's release of 'TAPE 2/FORMHAUT' including popular songs such as 'Rubber Bands', 'Answers', and 'Snakes On My Nokia'. Last year, saw him named by NME 'Best New Act from the UK' at the Bandlab NME Awards 2022, along with the release of his most recent single 'Path To Satisfaction', where it's clear he's solidifying his sound. Catch him on tour in March 2023, don't miss out!

Gaidaa is a Netherlands-based singer-songwriter and musician, who grew up between the Netherlands and Sudan, offering two completely differing cultures and environments for her to explore her identity and become the amazing artist she is today. Her admiration for artists such as Amy Winehouse, Jazmine Sullivan, Frank Ocean, Lauryn Hill and Nai Palm have inspired her and shown her the strength in vulnerability and honesty within music. On a few occasions, she has collaborated with COLORS with songs 'Morning Blue', an ode to Sudan, made to bring awareness to the political unrest and crisis happening there during 2019, as well as 'OMG', and 'Let Me'. She has collaborated with amazing artists and DJs such as Saba and Jarreau Vandall on her song 'Stranger', where she expressed her love 'to experiment and try things and go with the flow' (Metal). Her new single 'transit' was released recently on the 18th January 2023 and she is set to be playing at The Jazz Cafe, Camden as a part of The Blues Project - SENSES, the UK's leading Soul and R&B platform, on the 17th February 2023. You won't want to miss out.

Children of Zeus are a Manchester-based soul/hip-hop project consisting of two of Manchester's most respected artists Konny Kon and Tyler Daley. Konny Kon is best known as one of third of Broke'N'English alongside Mancunians DRS and Strategy and is a DJ, MC, and beatmaker. Next is Tyler Daley, known also as Hoodman, who went from being a respected actor and MC to one of the most sought-after soul singers in recent times. Daley has worked with incredible artists like Goldie, LSB, Soul II Soul's Caron Wheeler, Lenzman, Lisa Mafia, Busgy Malone, and more, lending his vocals and writing credits.  Their most recent album 'Balance' was released in June 2021, including soulful tracks like 'No Love Song', 'Be Someone', 'Balance ft. Akemi Fox, Georgie Sweet ', and 'I Know'. We hope to see more new music from them. Catch them live at The Parish, Huddersfield on Sat 22 April 2023.

90s and 2000s R&B artist Shola Ama is certainly no newcomer to the UK music industry. She first entered the scene in 1998 with her debut album 'Much Love' which reached number six in the UK Music Charts selling over one million copies and scoring Shola the Top Five singles 'You Might Need Somebody' and 'You're The One That I Love' to name a couple. Across her career she attained four MOBO nominations and went on to collect two awards in the form of 'Best Newcomer' and 'Best R&B Act', as well as other awards and achievements. She has toured extensively with artists by the likes of The Fugees, 3T, and more, and headlined the 98 Rhythm Nation Tour feat Glamma Kid, D-Influence and Rashan Patterson. See her live at Boisdale Of Canary Wahrf, London on the 16th February 2023! Get your tickets now.

A lot has happened since the release of 'High Highs to Low Lows', Lolo Zouaϊ's debut album released in 2019. Laureen Rebeha Zouaϊ, professionally known as Lolo Zouaϊ, is a French-born American R&B and pop artist and musician, born to a French mother and Algerian father, moving from Paris to San Fransisco, California at the age of three months old. She has achieved millions of streams and sold-out concerts in venues as legendary as the Trianon in Paris and has opened several times for Dua Lipa during the Future Nostalgia Tour in 2022. She released her latest album 'PLAYGIRL' back in October 2022, described as "a palette of sounds and emotions that reaffirms the musical plurality of Lolo Zouaï" and is set to play a show at Scala, London on the 8th March 2023. This is one you won't want to miss.

Benjamin Duterde, better known by his stage name Ben l'Oncle Soul, is a French R&B/soul singer and songwriter, who has released four studio albums and debuted with his self-titled album 'Ben l'Oncle Soul' in 2010. Guided by a song that is more peaceful but no less inhabited, Ben brings his latest sixth album 'Red Mango', released in April 2022, to the surface that is more personal than ever. The album was conceived live in the studio consisting on spontaneous and acoustic sounds. Now, thirteen years on from starting his career, he continues to release skin-deep R&B with the gripping texture of a divine soul freely on his own label. He is set to play at KOKO, London this February, so make sure you get your tickets and don't miss out.