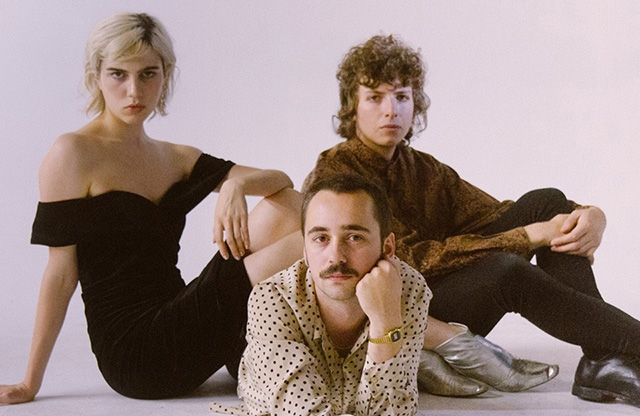 With an upcoming album in the works, indie-pop rays of sunshine Sunflower Bean are certainly making a name for themselves across the emerging music scene this year. Hailing from Brooklyn, New York, this trio have gone from strength to strength this summer playing at renowned festivals across the UK; including Bestival, The Green Man, Latitude and British Summer Time. Not only this, Sunflower Bean then topped off their massive summer with a UK tour supporting the incredible Wolf Alice as they performed in iconic venues up and down the country.

Their debut album ‘Human Ceremony’ was met with accolades upon its release as its youthful, coming-of-age sound impressed some of the best publications; Rolling Stone magazine and The Guardian both gave it a whopping four stars out of five. Their new single ‘I Was A Fool’ has only followed suit, with Pitchfork, Stereogum and Consequence of Sound all waxing lyrical about the track – we’re certain that their new album will also show great things!

To celebrate this new music, Sunflower Bean are kicking off their spring with a UK tour in March and it would be unthinkable to miss seeing them live.

http://www.brummittarchitects.com think they have an interesting sound you should give them a try