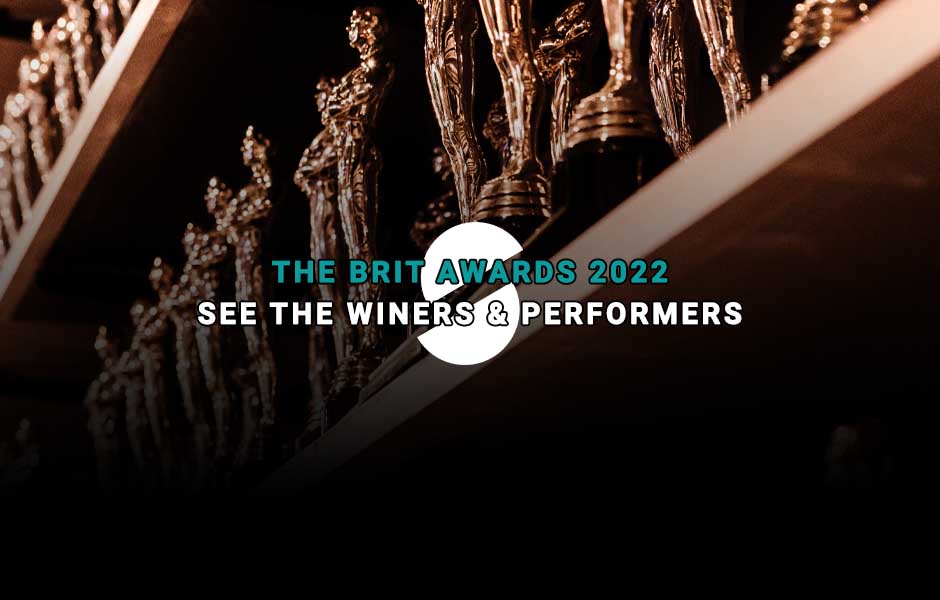 One of the biggest nights of the British music calendar arrived last night, as the annual BRIT Awards commenced at The O2 in London. We saw talent from all over the world recognised and applauded. Mo Gilligan hosted the legendary show, which saw performances from Anne-Marie, Adele and a show-stopping Dave. It was a wonderful sight to behold in its usual February positioning, having taken place later last year due to COVID-19.

This year, the BRITs shook things up by introducing new genre categories and doing away with archaic gender-based categories - a welcome move from us - to make awards season more inclusive. This year saw the introduction of Best Alternative/Rock Act, Dance Act, Hip-Hop/Rap/Grime Act and Pop/R&B Act.

If the awards show and its accompanying performances have whet your appetite for live music, and we're here to let you know which of the winning acts - and this year's performers - you can see live. Don't miss your chance to see these incredible, world-class artists for yourselves.

The 42nd BRIT Awards really was Adele's night to shine, as she picked up three more awards, for Album of the Year, Artist of the Year and Best British Song. In total, Adele has now collected 12 BRITs, and we'd wager her trophy case is going to be a little cramped by the end of this year.

While we're still patiently awaiting a UK tour from Adele in 2022 since the release of her acclaimed album '30', in the meantime why don't you check out these incredible artists we'd recommend for fans of Adele.

For Fans Of: Adele 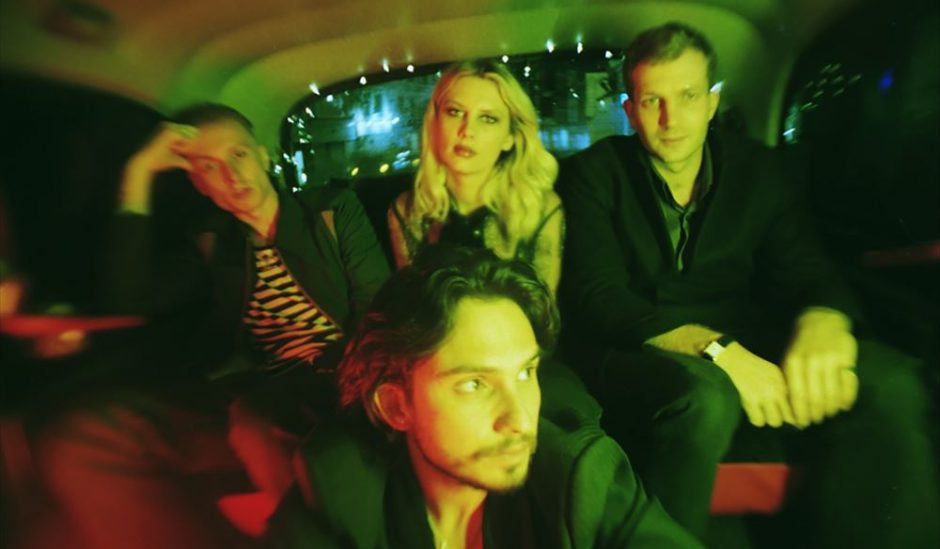 Wolf Alice are on their way to legend status as they collect a BRIT Award for Best British Group at this year's celebration. Beating out competition from the likes of Coldplay and Little Mix, the band - who are also nominated for five NME Awards this year - have taken the world of indie rock by storm in the space of just three album releases. Their latest, 'Blue Weekend', is a true triumph and we can't wait to see it live on tour, which kicks off next week in Glasgow.

While most of the tour is sold out, we still have some availability left in Liverpool, plus you can join the waiting list for any last minute tickets.

One of our favourite rising artists of the last few years, Little Simz is a superstar and a force to be reckoned with. We're not surprised in the slightest that this year she picked up Best New Artist at the BRIT Awards, presented by Celeste who won Rising Star back in 2020.

She recently completed her sold out UK tour, so no shows to speak of right now, but keep an eye out here and you can read all about why we chose her as our Artist of the Month back in July last year.

Artist of the Month: Little Simz 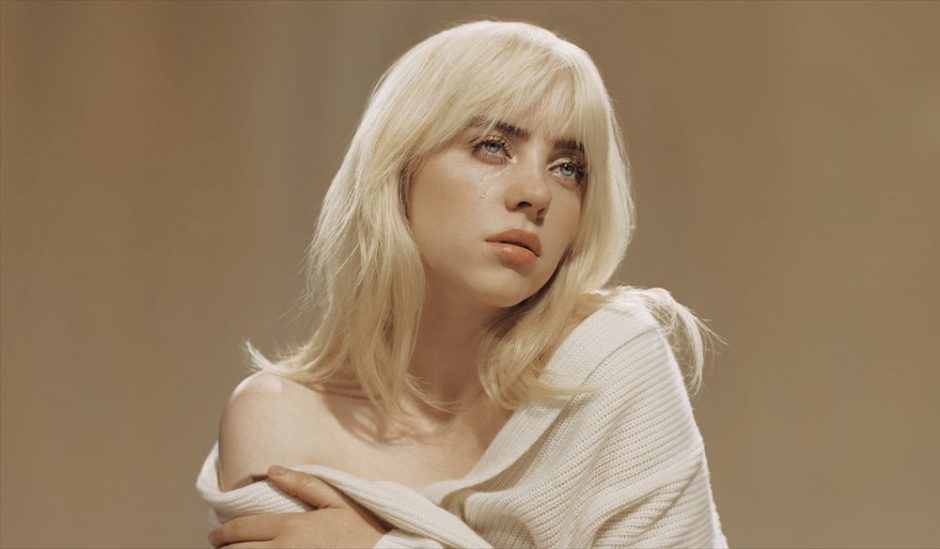 Global phenomenon Billie Eilish collected her third BRIT Award last night, for International Artist Of The Year, and it's not hard to see why. Billie Eilish is continuously pushing the boundaries of what pop music can and should look like, and with her latest album 'Happier Than Ever' she achieved that with widespread acclaim.

Billie is due to head out on 'Happier Than Ever, The World Tour' this June, and while tickets are sold out you can join the waiting list now and be the first to know if extra tickets are released.

You can also read our blog from late last year on the evolution of this iconic artist. Or, test your knowledge and prove whether or not you're a Billie superfan.

The Evolution of Billie Eilish

How Well Do You Know Billie Eilish? 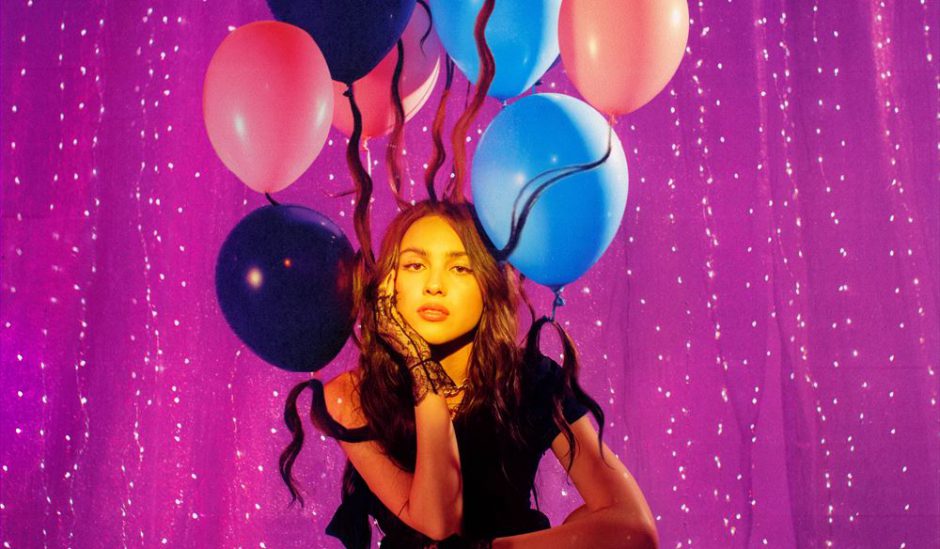 Olivia Rodrigo's instant earworm 'Good 4 U' achieved the award for Best International Song this year, winning over some incredible tunes of the past year including Doja Cat & SZA's 'Kiss Me More' and Lil Nas X's 'Montero (Call Me By Your Name)'. Her debut album 'Sour' took the world by storm, topping charts globally and achieving widespread acclaim. 'Sour' blurred the lines between bedroom pop and pop punk in a way that has hooked Gen Z and still welcomed critical success.

This July, Olivia will be heading to UK shores to perform at Manchester's O2 Apollo and at O2 Academy Birmingham. Tickets are currently sold out, but you can join the waiting list now and be sure to find out if any further tickets become available! 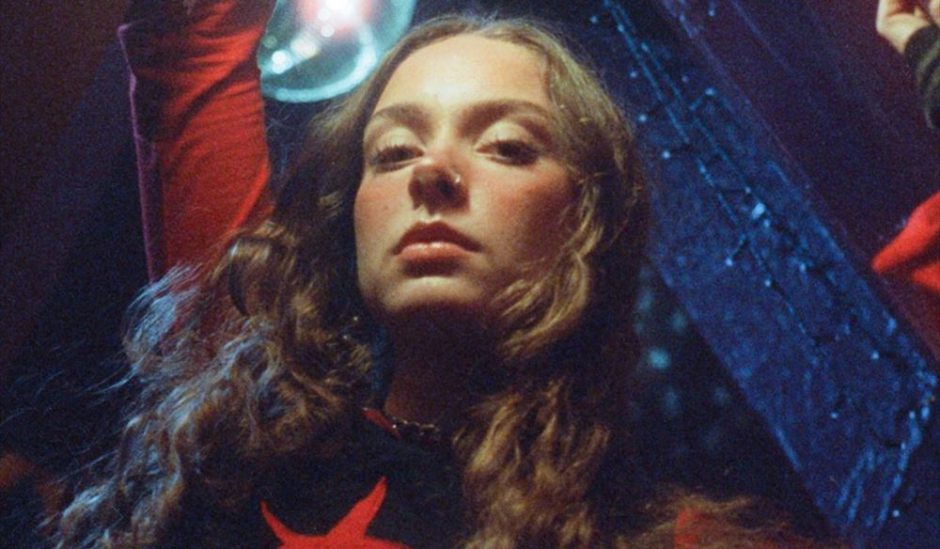 Grantham-born Holly Humberstone had already been confirmed as this year's Rising Star at the BRIT Awards, and was presented with the win by the incredible Griff. We couldn't think of an artist more deserving of the award. Since performing on the BBC Introducing stage at Glastonbury back in 2019, Holly Humberstone's success has climbed, having collaborated with fellow BRIT 2022 winner Sam Fender, performed on The Tonight Show with Jimmy Fallon in the states and been confirmed to play at Coachella in the US later this year.

While Holly's two UK shows this year are sold out, you can catch her supporting George Ezra at Finsbury Park this summer, or join the waiting list. 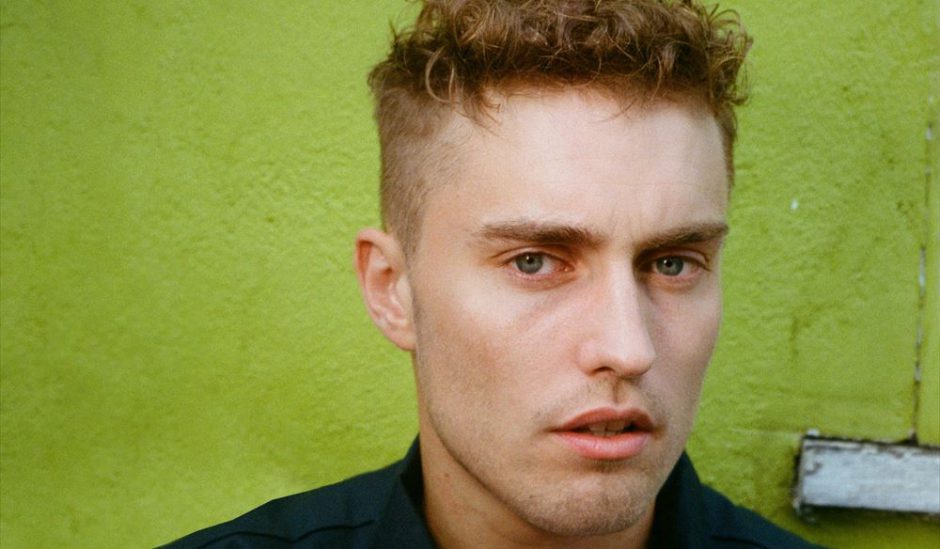 New category Best Rock/Alternative Artist this year goes to man of the moment, Sam Fender, who just five years ago was performing at 200 capacity venues around the UK. Since then, he's seen a stratospheric rise to fame, having released two albums, with the most recent 'Seventeen Going Under' receiving universal acclaim and topping the NME's album of the year list. Now, the North Shields artist will be headlining sold out UK arenas, supporting The Killers in stadiums this summer, and tackling mighty outdoor shows at London's Finsbury Park and Manchester's Castlefield Bowl.

There are still tickets available for his Finsbury Park show, plus you can test your Sam Fender knowledge with our quiz right here!

How Well Do You Know: Sam Fender 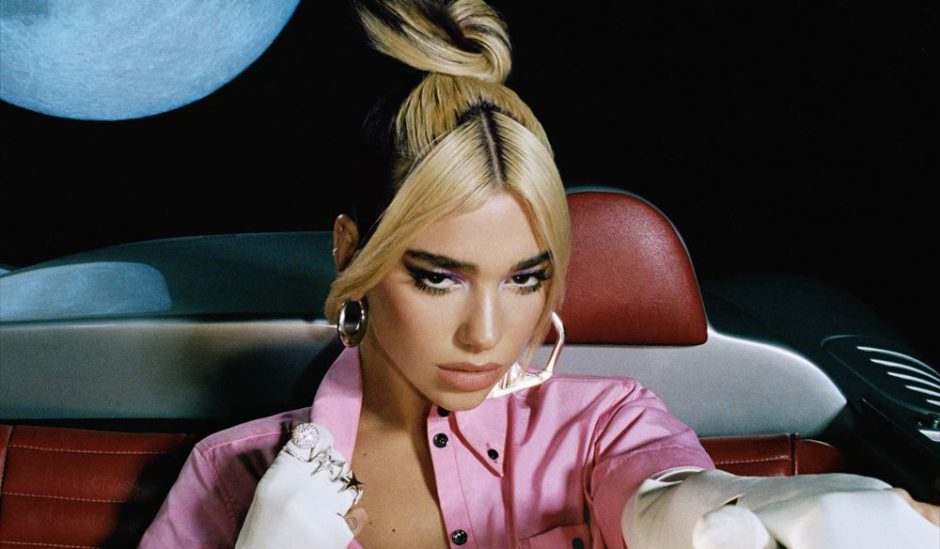 Not many artists can say that they had the most played radio hit of an entire year, and yet Dua Lipa has joined that elite group. In 2021, Dua's huge genre-bending hit 'Levitating' topped the list, adding to a never-ending list of accolades and praise for the London-born artist. Her second album, 'Future Nostalgia', was one of the most acclaimed albums of 2020, so it's no surprise to us that her recognition has continued to the 2022 BRIT Awards, where she collected the award for Best Pop/R&B Act.

Dua will be heading out on her UK Tour this April, and while tickets are sold out you can join the waiting list today. While you're here, why not prove your allegiance to Dua Lipa with our How Well Do You Know Dua Lipa quiz?

How Well Do You Know Dua Lipa?

Best Dance Act (presented by two titans of the industry David Guetta and Pete Tong) was this year awarded to Becky Hill. In an emotional speech, she said she was "honoured" to win the category, which hasn't appeared in any form at the BRIT Awards in 16 years. Becky has been releasing music since 2014, when she scored her first number one with Oliver Heldens. Having collaborated with the best of the best in the dance industry, Becky has seen much success even before the release of her debut LP in 2021. Now, she earns a dance award in her own right and we don't think anyone deserves it more than she does.

See Becky Hill at a number of festivals this summer, including Neighbourhood Weekender and Creamfields South. 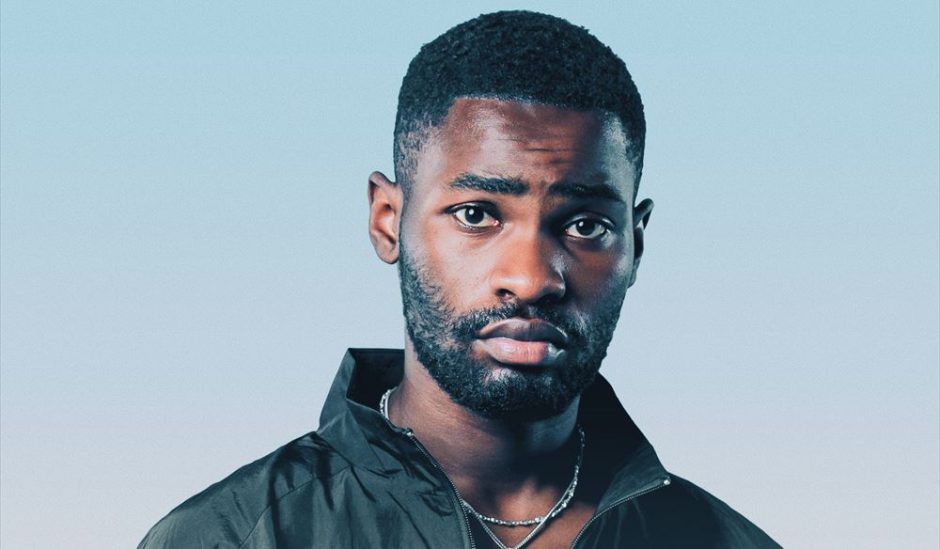 London-born Dave has quickly become one of the UK's most prolific rappers, following the release of his incredible first two records. His debut 'Psychodrama' not only hit number one in the Official UK Albums Chart but also won the coveted Mercury Prize, and Album of the Year at the 2020 BRIT Awards. His sophomore release 'We're All Alone In This Together' also hit the number one spot in the album charts, and earned him the title of "the greatest rapper working in Britain today" from the Evening Standard. Now, Dave is back and has claimed another prize as his own, by taking home the Best Hip-Hop/Grime/Rap Artist award. 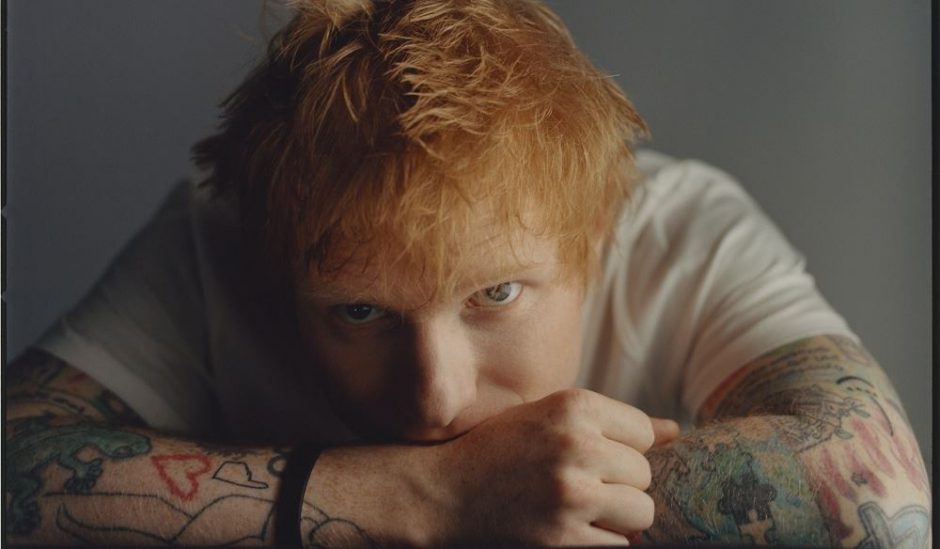 There aren't many artists of the last ten years who have reached the level of success, fame, and adoration that Ed Sheeran has. He's sold out stadiums all over the world, and his 'Divide Tour' achieved the record for the highest-grossing tour of all time. With his latest album '=', Ed has continued his reign as one of the most successful artists of the 21st century, so it's no wonder that the BRITs chose to honour him with the award for Songwriter of the Year in 2022.

Performing at this year's awards, indie legend and Oasis alum Liam Gallagher showcased his latest single 'Everything's Electric'. As one of the most iconic British songwriters of the last several decades, Liam's place is most certainly on a stage amongst the best talent the UK has to offer.

See the legend live for yourself at Manchester's Etihad Stadium, Glasgow's Hampden Park or at Rock in Rio in Libson this summer.

Our hearts went out to Anne-Marie as she stumbled into her performance at this year's BRIT Awards, but we were thrilled to see the composure and professionalism she brought into her recovery. More than anything, her performance alongside KSI and Digital Farm Animals was incredible, and we can't wait to see her out on tour across the UK later this year.

You can see her at the first direct arena, Leeds, Ovo Arena, Wembley or at Singleton Park in Swansea.